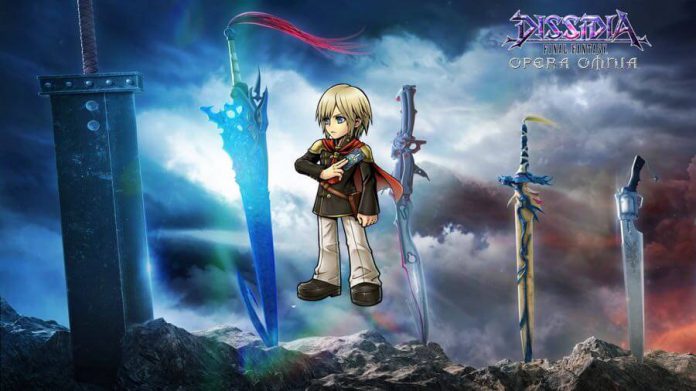 The Ace LC has as the last completion requirement “having Ace in the party”, this is going to become a pattern for all upcoming LCs. However, this does not mean you need to spend gems pulling the weapon for the LC character as there are other ways to meet this requirement.

The Ace fight is a very painful one due to the turtles retreating into their shells, so the DPS way might not work so well. If you have Sazh+Papalymo or Prishe or 35cp Vivi, you might still be able to do decent damage against the retreated turtles.Unfortunately, I don’t have any of these, so I had to choose the safer way.

Eiko is for healing as I find the trash waves for this fight particularly annoying. Galuf is for blocking the hp attacks from the turtles. While they have magical brv attacks, all their hp attacks are physical, so Galuf works perfectly here.

As for summon and friend unit, we want to maximize damage, so Ifrit (the turtles are also weak to fire) and a strong DPS unit is chosen.

While being synergy, without his weapons, Ace won’t be able to do much damage against the bosses with high defense.However, he can easily break the trash waves. So feel free to use some skills against the trash to speed things up. Ace has a relatively high number of skill uses, so using 2 or 3 skills on the mobs are completely fine.

Set up Galuf’s dodge before the last wave, so he’ll enter the last wave ready to counter. Depending on whom the turtles are targeting and if they would one shot that character, determine whether to summon. When summon, swap out Galuf with friend unit. Galuf’s dodge buff is what is going to keep us safe and we don’t want to waste the buff’s duration when the turtles are hiding in their shells, not attacking. The key idea here is to make sure, Galuf is able to cover and dodge until end of fight. His str50 passive is also very important as he may run out of skills and has to eat an hp attack to his face. When using skills (smite and Ace’s skills), try to use them on the non-retreat turtle for higher damage. And also save a few skills for emergency cases where Galuf has run out of buff.

I finished the fight in 160+ turns with 7000+ hp loss and a score of 18k, but since it’s a success run with Ace in the party, it’s mission accomplished.

I do not have weapons for the following characters but they might help if well-built.