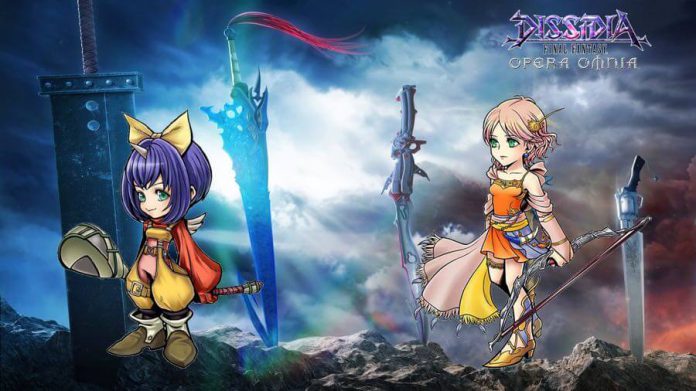 Eiko’s sustain heal is going to be next to useless, and her damage will continue to get worse as DEF Values get higher. But her ATK can be easily manipulated (buffed) and make it stronger.

Lenna’s stronger heal is perfect for upcoming content, but her damage suffers despite the high potency. She heals, she debuffs, she buffs, all of which are very strong and powerful and best part, stacks with other buffs.

Eiko is the better BRV Battery and best paired with characters that have High MAX BRV. She’ll fall off more and more as her buffs heals are sustained when content requires/demands a burst and DEF Values continue to go higher as her main selling point, a BRV Shaving BRV Battery continues to lose damage. Her BRV Battery however has a lot of room for growth as she can obtain outside sources for more ATK meaning more damage and BRV Battery potential.

Lenna is has the weaker BRV Battery, it’s spread through the initial gain and the small BRV Regens she gives to the party. Her Mastery System makes the situation worse as she is forced to use up some of her ability to have the “full effects” of her ability; Lenna however grants a stronger heal with more burst potential, Debuff Immunity and more BRV Shaving capability.

Lenna arrives in the Global Version of Dissidia Opera Omnia as a powerful healer, BRV Battery, BRV Shaver and Defensive Support, and some are asking how does she match up with one of our best support characters, Eiko. With content difficulty continuing to rise, it begs the question if our Queen Support needs to be replaced with another?

My opinion is Yes. Lenna is better in almost every way, but that doesn’t mean Eiko sucks. They have a lot of similar roles, but they are still very much different from one another and each have their ultimate role to fill.

To best understand why I think this is the case, the best thing to do is make a comparison.

For the sum total

Eiko has been one of the most popular choice when it comes to content, one reason being she heals on top of the other things she provides. A single HP regen basically means you will get back to full health, eventually, barring any more damage done.

The newcomer Lenna has more heals done than Eiko and has more uses overall, the kicker here is her buff is framed making it immune to getting pushed of, once this buff is applied you are guaranteed to keep it for the rest of it’s duration.

The game uses health as a measure to what characters receive, between buffs from crystal 50 passives like Terra’s Trance, Serah’s Etro’s Miracle, WoL’s Class Change, and popular summons requiring a certain threshold of HP to activate, Ifrit requiring MAX Health, Brothers requiring 80% Health. It’s very important to ensure that these measures are in check, to make the most of the characters you decide to play.

With that in mind, having a stronger heal is imperative to make sure you hit the thresholds.

Winner: Lenna – for having a stronger heal in a shorter time frame.

As a BRV Shaver

When it comes to damage alone, Eiko wins in comparison to Lenna’s non-mastered Rapid Fire. Her ATK buff gives her an even bigger lead.

Lenna’s Mastered version, Rapid Fire+, however wins hands down, the large increase in potency is simply to big for Eiko to match.

But in a general setting.

Winner: Lenna – for her higher ability uses and stronger ability.

As a BRV Battery

With Smite, the competition becomes complicated.

The complication lies between Eiko’s ATK, and the target’s DEF Value, whether the attack crits or not, and outside interferance.

Lenna’s BRV Battery is easily quantifiable because iBRV is much harder to change compared to ATK.

From the numbers above, Lenna’s BRV Battery is 4070, so let’s use that as our base for Lenna.

Eiko’s Smite is incredibly difficult to quantify because of the complications I said earlier.

For Eiko’s Smite to be better than Lenna’s Rapid Fire+ we need to do the math.

Therefore, for Eiko’s Smite to do better than Lenna’s she needs to do 3301 damage.

Now like I said, with her Battery being ATK and Damage based, it can be a detriment to her battery potential, especially now that DEF Values of enemies continue to go higher.

It can be easily manipulated in her favor. Buffs such as Ramza, Ashe, Sazh, Maria, even Yuna can provide her more ATK and thus more damage, Debuffs such as DEF Down makes this even easier to achieve.

With that in mind, I am going to give the BRV Battery win to

Winner: Eiko – for having such a powerful BRV Battery!

The comparison pretty much ends there as this next section covers the other things they provide.

With these, the roles of these characters become different, as they have something to offer the other one doesn’t.

Lenna has debuff immunity to the party so making her invaluble against enemies that are debuff heavy. Her INT BRV Down is the highest I know, and it pretty much negates the chances of a “surprise HP ATK” that everyone hates so much. Her Framed Buff makes her buffs stackable with other buffs that characters have, making her a really great support to have for most parties.

Eiko has an ATK Up and MBRV UP, while small, it can help some other characters that do not necessarily have them, her Medium SPD UP is very good and allows her to perform more turns, and when you have more turns, it means the target has less! I’m sure most of you are already aware of what Eiko is capable of!

Having your BRV Battery and BRV Shaving ability can be a detriment or a gift, depending on the situation you are in.

Say you are in danger of death, so you need to use BRV Shaving ability to prevent it and your party mates have full BRV, having it separate from the BRV Battery is going to be in your favor in this case, because the battery won’t be wasted.

On the flipside,when party mates are in need of BRV in the same situation, having them together is very useful!

The concept applies to their BRV Batteries being a HP or a BRV ATK.

Having your BRV Battery becoming an HP ATK can be turn efficient, but it also leaves you open to attack On the other hand, as a BRV ATK, the opposite is true, its turn inefficient, but the safety it provides from attack is very helpful.

Party set-ups also affect this, if your BRV Battery is an HP ATK, having a Launcher would be pretty bad for the situation, but for a BRV ATK it’s very good! (It’s one of the reasons why Layle, Cait Sith and Selphie we’re so good together in JP)

Context changes when something is good or bad, so it’s situational as to whether one is better than the other.

There is no right answer when it comes to the idea of who is better, Lenna or Eiko.

These four will determine who the better character is for you in the situation you are in. There is no 1 definite answer as we have different content every week and every week provides a new challenge for us.

To make it simpler, you can ask yourself questions.

Asking yourself these questions and answering them will give you an idea of who you need better, remember we have the opportunity to have options make good use of it.

Always remember, thinking in absolutes is a trap, and you will fall to the dark side. So consider the context and think for yourself when playing the game!

I hope you enjoyed this character comparison, I only scratched the surface and wanted to go deeper but it would have ended up becoming a huge wall of text, but I hope this comparison was simple enough to make you all understand that there is never a definitely answer as to who is better, as context is important.

I hope to help you all become better players, by making character comparisons, values of certain parts of content, and sometimes going back to basics with the goal of making better players out of all of us.