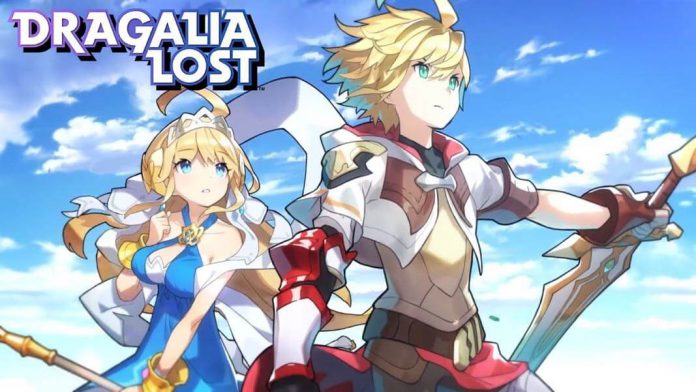 So hey, gacha games! They’re anime casinos, where the house always wins and if you get a payout it’s a really nice PNG (or in this game, a low-poly model) instead of money. Even worse, most gacha-type games balance around the highest rarity. Good luck completing high-end content without getting lucky or dropping half of your paycheck, right?

For the sake of simplifying our discussion, my main focus is going to be on damage output. Defensive stats are important, especially when passing equipment checks such as in High Midgardsormr, but in the majority of content the main focus will be DPS and iframe dodging. Let’s use three dagger uses for example – Ezelith, Orion, and Irfan. All three are support-type units that were available with the base gacha, meaning they should have similar, balanced, stat distribution. Let’s start by looking at their strength.

The 5☆ strength shown is lower than what is shown on the Dragalia wiki – this is because when completely maxing out all mana circle nodes (a heavy water investment!) you get a bonus to strength. The stats listed are what you would get through upgrading and buying all strength nodes.

The largest gaps in stats are between rarity tiers, which largely come from the mana circle. Simply upgrading does very little, while unlocking circle nodes is much higher impact. A 3☆ unit will always lag behind its 4☆ and 5☆ rivals when looking at raw stats, however. When comparing individual units which have their mana circle nodes unlocked, the following rough difference in stats can be expected between rarity:

Let’s put lower rarities aside for now, and look at our dagger friends when upgraded to 5☆. For the sake of equality, let’s say you have Lindworm/Ifrit/Juggernaut at level 30 and have a choice of either using a generic attack-type 4☆ tier two weapon or crafting a 4☆ elemental weapon. Wyrmprints are not included because they are low impact stat-wise and situational to the fight.

Generally, character strength remains ranked similarly in a neutral-matchup situation. However, you can really see the effects of equipment! Elemental weapons are divided into offensive and defensive/support weapons, where offensive weapons not only bring an attack ability, but stats that are more focused on attack in general. Despite the sizable difference in Irfan and Orion’s stats, the dark 4☆ dagger is a defensive weapon with low attack, meaning that once properly equipped, Irfan only has three points less attack than Orion. Orion’s gap with Ezelith actually widens, going from 3% to 5%! Ezelith wins in both accounts in a neutral matchup, but lags behind both if Irfan or Orion were used on-element.

Of course, there’s more to a unit than their stats. It’s rather short-sighted to leave it at that – after all, units bring their unique kits and co-abilities to the table, as well. Despite each being a support-type dagger user that came with the base gacha, Ezelith, Orion, and Irfan all have very different kits. Ezelith is a debuffer that brings DEF down, Orion is crit-focused, and Irfan has strength doublebuff. Irfan as a 3☆ also lacks a third skill, and will never be able to cap his resistance. Ezelith will help the party/raid as a whole, while Orion and Irfan are more selfish.

However, rarity upgrades are not the only use for eldwater – co-abilities also have a hefty price. The cost of fully upgrading a co-ability increases exponentially, and the cost is the same regardless of base rarity. The first upgrade costs 6k, followed by 12k, then 20k and 35k, for 73k water total. That’s more than the cost of any two promotions to 5☆, and just slightly less than the cost of promoting three 4☆ units to 5☆. Furthermore, for the investment, 5☆ units’ co-abilities scale better than lower-rarity units. As dagger users, Ezelith, Orion, and Irfan will each provide crit to the party, but Ezelith (5-11%) gains more from the final node than Orion (3-7%) and Irfan (1-5%.) This makes the cost/return ratio for lower units quite high.

Due to providing a percentage-based multiplier instead of a flat stat increase, 5☆ co-abilities will scale much higher, and also provide buffs to your entire team. The question becomes: do you get a better investment return on upgrading a single co-ability, or upgrading three 4☆ units to 5☆?

Well, that depends. Is it co-op or solo/raid content? In either situation, an individual party can only have one of any type of co-ability active, and the game chooses whichever is the most powerful. However, the player has more control over team composition when it comes to solo/raid composition.

I realize this is a lot of conceits. Listen, I gotta control some of my variables. The following will be the units we use to test:

When looking to invest 75k Eldwater, you can either upgrade one co-ability all the way, or promote three 4☆ units to 5☆. Overall, the highest value investment is upgrading strong lead characters – a single 25k upgrade will overtake a fully-invested STR co-ability when on-element. However, once your leads are built, an upgraded STR co-ability, even if it’s from a 4☆ base, has higher value than promoting additional 4☆ units (assuming your lead was a blade user.)

Defensive co-abilities are more niche, and most likely depend on surviving specific fights vs general use. I realize that there are many variables among the offensive co-abilities (dragon haste, crit, ability haste, ability damage) that will affect damage in different ways, but as many of these are up to player skill or RNG, which makes estimations of their effectiveness difficult and honestly? I’m tired of doing math.

TL;DR: You’ll generally get the best return overall by spending your water upgrading party lead 4☆ units to 5☆ instead of upgrading 5☆ co-abilities. Co-abilities are largely used to invest heavily into a single element, once your teams and built. The bulk of offensive power comes from equipment and playing on-element.

DL: Units
September 26, 2018 0
This is the Dragalia Lost Tier List. We will include 3 tier lists in this post: Adventurers, Dragons,...
Read more

DL: Units
September 26, 2018 0
This is the Dragalia Lost Tier List. We will include 3 tier lists in this post: Adventurers, Dragons,...
Read more