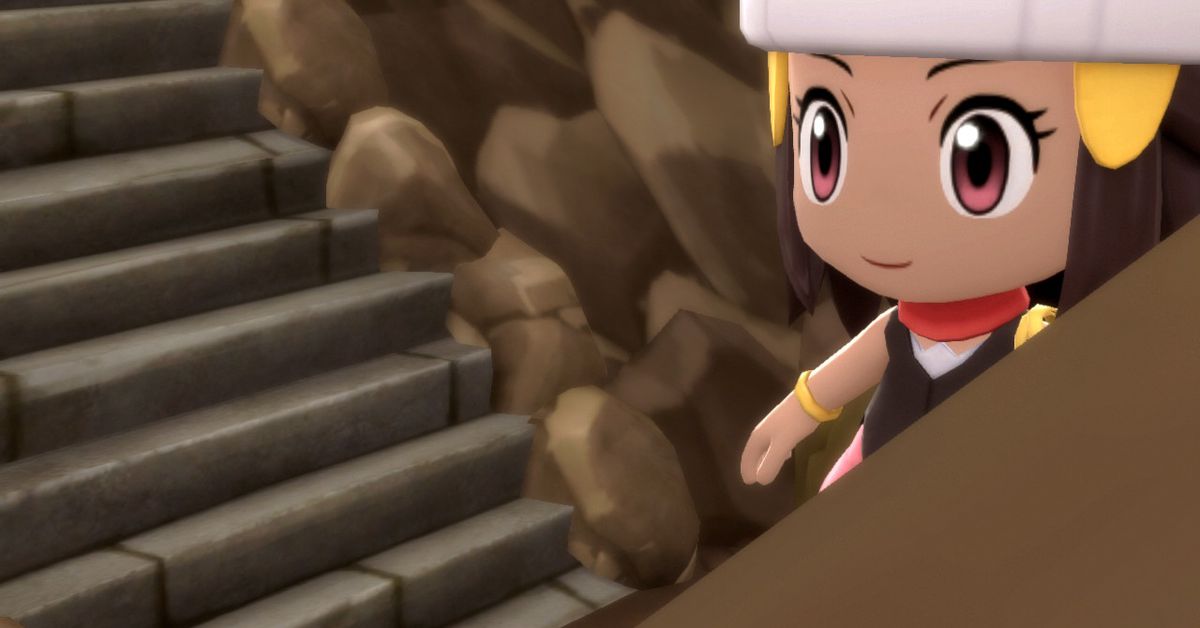 One of the most surprising things about Pokémon Brilliant Diamond and Shining Pearl is the way their cameras work.

These remakes of 2006’s Pokémon Diamond and Pearl (originally on the Nintendo DS), bring back much of the content and the story from the original games, while reviving them with a fresh, 3D style. The games launched on Friday for the Nintendo Switch. One of the original features that made the remake is the camera angle — but there are some changes. While the default style is more or less the same, there are now moments where the camera moves and zooms, and creates a blurring effect that can cause a bit of confusion as you explore the overworld.

The original DS games used a slightly oblique, top-down style. The default position of the camera in the remakes is above the character, just like the older ones. However, the developers added a whole lot more to it. Now, when you encounter important characters in the series, for example the Elite Four leader Cynthia, the camera will do a dramatic zoom that allows players to see the cute characters in their full, chibi glory.

These effects are also present in battles, where the camera is especially quick. This was more or less the same in Pokémon Sword and Shield, but in Brilliant Diamond and Shining Pearl, the battle camera constantly cuts between characters and Pokémon, rotating and zooming, in and out, on the two Pokémon and the opposing team.

The camera in battle makes for a visually interesting time — and it’s so fast that it keeps your attention. However at times, it feels strange. In the overworld, the camera will only zoom onto the faces of characters to show, at times, they actually have no expressions. (This, despite the fact I would have been perfectly content to read the conversation from the standard camera view.) In the worst cases, there were points when the camera didn’t work in a cramped space — one time in a cave, it obstructed the view of the characters.

In addition to all this, the game employs Gaussian smoothing that blurs parts of the environment. Again, it’s interesting stylistically — the effect creates an experience as if you’re looking down at miniatures. However, sometimes I would walk into a building, and just blink a lot because of the blur. That, combined with the jumping and moving camera during battles and conversations, made me slightly dizzy at points. I occasionally had to put my Switch down.

In the end, the camera just felt like it was all over the place. And while it wasn’t catastrophic, it did make me wish I could just turn it off periodically during long stretches of play.