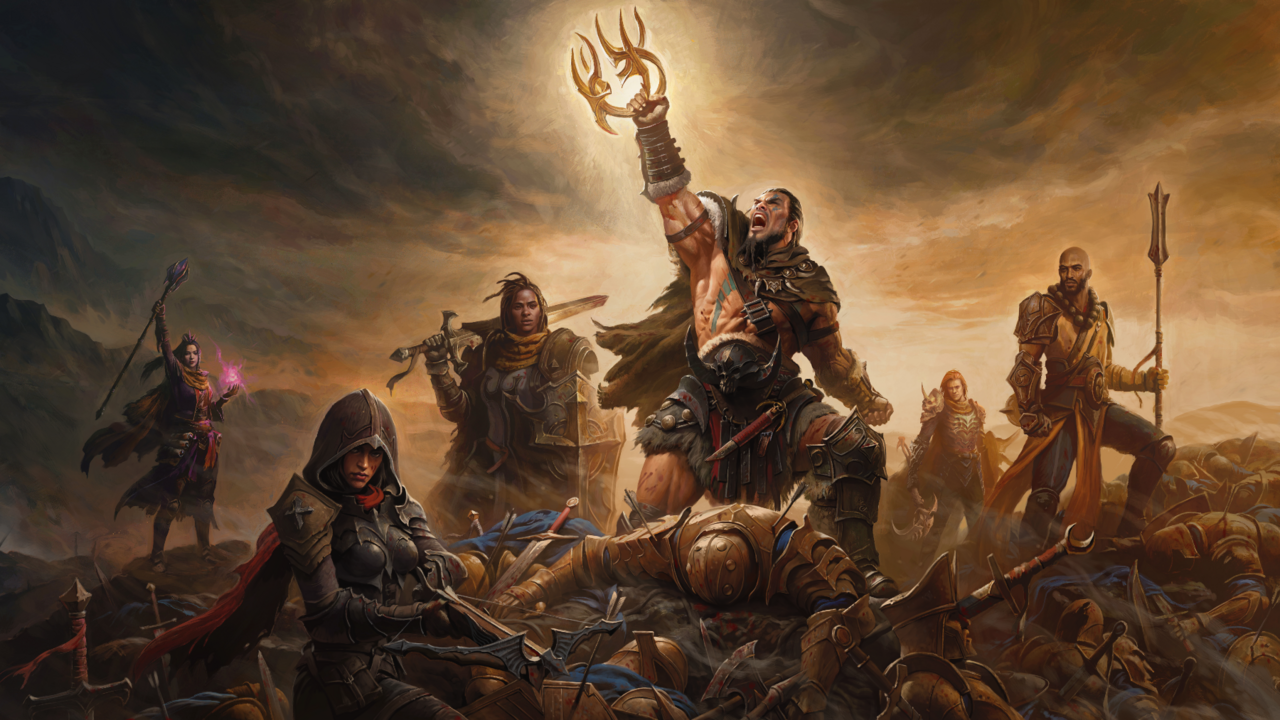 Diablo Immortal might include a never-before-seen class for the franchise called the Blood Knight, if assets and recent spell descriptions discovered in the game’s Chinese client are to be believed.

As discovered and translated by Wowhead, the Chinese version of the Diablo mobile game includes 12 spell descriptions which describe abilities for an unannounced class. In addition to the spell descriptions, Wowhead also discovered an incomplete male character model as well as a sword that referenced the Blood Knight during the game’s closed beta. The files also contain what looks to be a potential class crest icon for the Blood Knight.

If Blood Knight is indeed a class that will be revealed for the game, it will be the first brand-new class in Diablo Immortal and the first time the Blood Knight has appeared as a playable class in the Diablo franchise. Diablo Immortal’s other classes–Barbarian, Crusader, Demon Hunter, Monk, Necromancer, and Wizard–are all pulled from Diablo II or Diablo III.

The idea of a Blood Knight certainly fits in with the dark, gothic world of Diablo, and they have appeared in the franchise before in the form of NPCs. Two Blood Knights, Sir Gorash and Lachdanan, were once part of King Leoric’s royal guard, with Lachdanan actually killing the king once he became insane following Diablo’s corruption. Leoric would go on to become the Diablo III boss the Skeleton King, while Lachdanan can be found as a quest giver in Diablo I.

As for why the Blood Knight hasn’t been officially revealed yet, there could be a number of reasons. According to Wowhead, it seems the Blood Knight has been in development since Diablo Immortal’s alpha phase, so perhaps it’s not quite ready for the spotlight just yet.

Diablo Immortal recently concluded its closed beta on January 7 and is currently slated to release in the first half of 2022. While Diablo IV never had an official release date, an Activision Blizzard earnings call last year revealed the game had been delayed and would be arriving later than originally planned. The game’s delay came amidst the ongoing fallout from multiple sexual harassment and discrimination lawsuits and investigations at Activision Blizzard.