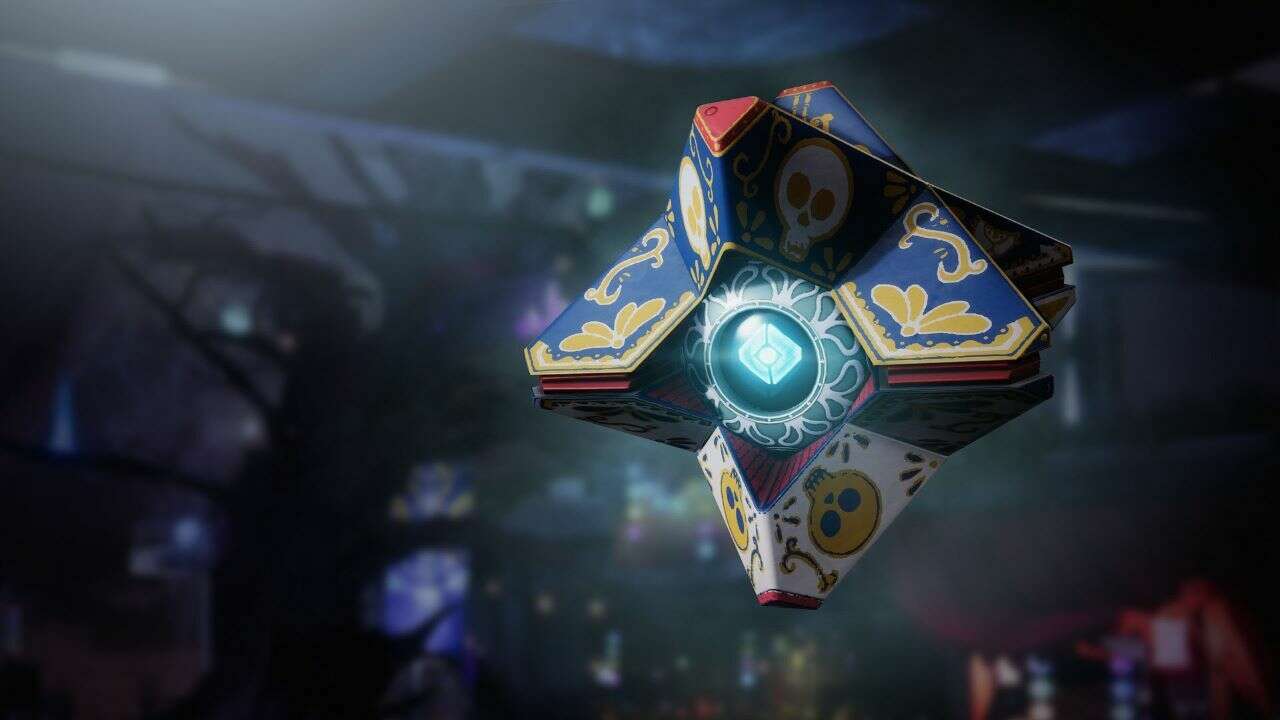 Bungie has shared new details about this year’s Festival of the Lost, an event in Destiny 2 that falls around the time of Halloween and Dia de los Muertos. This year’s event starts next Tuesday, October 12, and we’ve now learned a bit about what to expect.

The latest This Week At Bungie post previewed the Festival of the Lost’s new reward, the Calavera Ghost shell. The Calavera Ghost shell was created by artist Luis Yepez. Luis was born in Mexico City and later moved to the United States to learn 3D art mainly because he wanted to make games.

Luis explained that Bungie reached out to him because of his Trixels art series and that he was excited because he’s been a Destiny fan for years. The Trixels art is Dia de los Muertos-inspired, where he modeled stylized animals and painted over them. He explained that it was “similar to alebrijes.” Alebrijes are Mexican folk sculptures vibrantly painted with numerous designs and patterns. When describing his Trixels artwork he said, “The one common thread is a lot of color and skulls.” The Calavera Ghost shell is multi-colored, painted in fanciful designs and skulls as well.

Bungie highlighted the similarities between Festival of the Lost and Dia de los Muertos because people celebrate and remember their loved ones that passed away. The post added that diversity and representation are important in Destiny 2.

Also, Bungie didn’t specify the activities and additional rewards in the event. A Season of the Lost roadmap previously mentioned that Festival of the Lost will have Masks and Candy as usual. It also mentioned that there will be a Haunted Sector Activity instead of the Haunted Infinite Forest. With Mercury in the Destiny Content Vault, Lost Sectors most likely have taken its place.

Players can get the Calavera Ghost shell with Silver or when it’s available for purchase with Bright Dust during Festival of the Lost. The post also included this week’s patch notes for Grandmaster Nightfalls and cross-play UI.

Netflix Trans Employees Release List of Demands Ahead of Walkout

Games
October 18, 2021 0
Members of Netflix's Trans* group have revealed a list of demands that does not include removing Dave Chappelle's controversial comedy special.
Read more

When Does Riders Republic Unlock?

Games
October 18, 2021 0
The online extreme sports game is out this month. Here's the exact time you can play it in your region.
Read more

Apex Legends Season 11 Start Date, Time, And What To Expect

Games
October 18, 2021 0
As part of Minecraft Live 2021, fans voted for the fairy-like Allay to be added to the game in a future update.
Read more