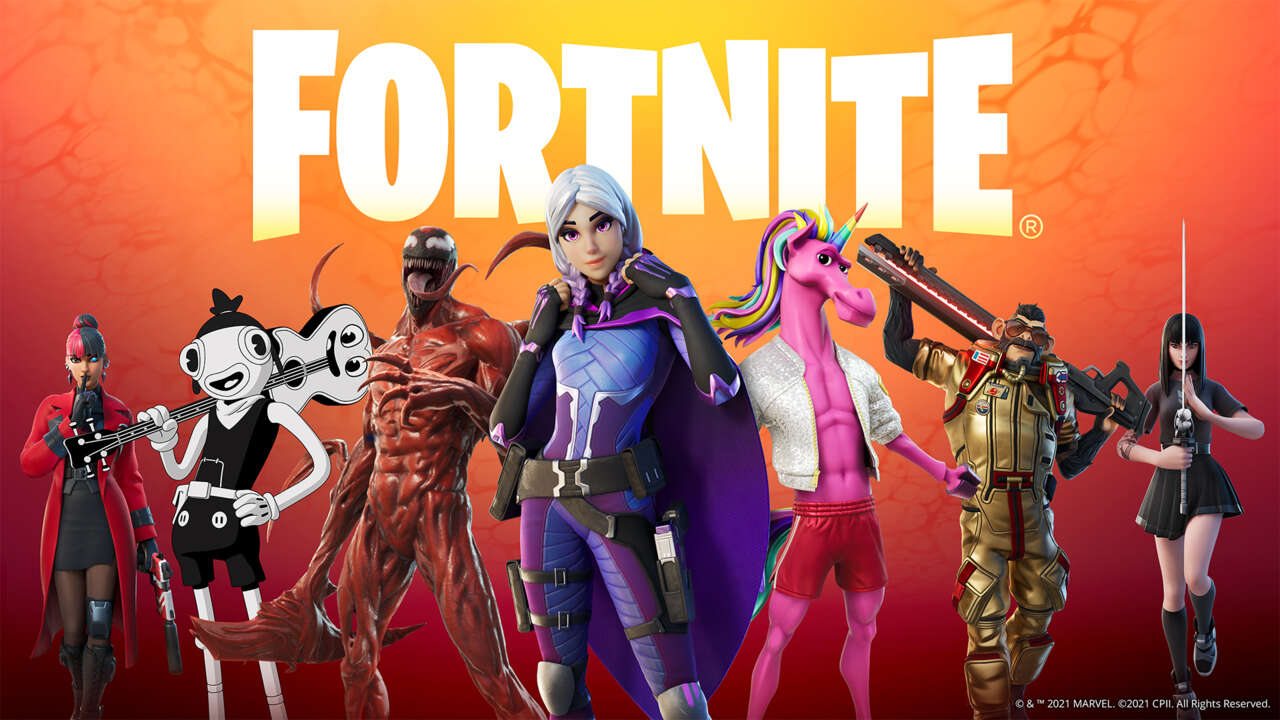 Fortnite Season 8 has arrived, following the stunning conclusion of Operation: Sky Fire and some extended downtime. As always, a new Fortnite season means a ton of new things to learn, such as what’s in the Fortnite Season 8 battle pass, what weapons have been vaulted and unvaulted, and what the new map looks like. Each season also adds its own unique mechanics. We’ll be breaking down all of those things here for you so you can jump into Fortnite Season 8: Cubed with an advantage over other loopers.

With the Mothership crashing down onto the island following Operation: Sky Fire, the island has once more undergone serious changes. Kevin-like cubes can be seen all over the island and, in some locations, players will find Sideways Anomalies. These are portals to a monster-infested alternate dimension called The Sideways that offers special loot such as unique weapons if you can survive it.

On the flipside, Sideways Zones are places of interest that are experiencing a bleed-through effect where The Sideways is coming through to the island’s world. These Sideways Zones will move from match to match, much like we saw with invaded locations in Season 7.

Players will be enlisted into the war effort against these enigmatic cubes, and they can contribute gold bars to build new defenses, unvault weapons, and reshape the island all season long. They can also take on new Party Quests which offer greater rewards for playing in bigger teams. While Season 7 split the community’s allegiance between the aliens and the IO, Season 8 is all about loopers coming together in the face of an existential threat: the cubes.

Carnage is this season’s crossover character, but Fabio Sparklemane may just steal the show.

A new Fortnite season means new battle pass characters. As has become customary, Fortnite Season 8 includes another eight characters to unlock and stylize with their own cosmetics as you move through 100 tiers in the battle pass–not to mention the expected bonus enlightened skins we should hear about in a few weeks. You can find a full introduction to all the new heroes in our Fortnite Season 8 battle pass overview. In addition, you’ll find Marvel’s Carnage, the Season 8 tier 100 character, as well as a mysterious eighth character who will arrive on October 28.

The mysterious dark energy of the cubes has infected large portions of the island.

In the new season, the island of Apollo has been taken over by the sentient cubes which once powered the alien Mothership. Now that the Mothership has crashed onto the island, these cubes have scattered everywhere and opened rifts into The Sideways, a parallel dimension filled with monsters. In our Fortnite Season 8 map changes overview, we’ve explained everything you need to know about Sideways Zones, Sideways Anomalies, Turret Stations, and more.

First introduced in Season 5, NPCs are back again for a fourth consecutive season–and may be a permanent fixture at this point. The island is already home to several NPCs, and as always, we can expect more to appear as the season goes on. New this season are Party Quests, challenges that can picked up from NPCs that will reward your entire squad. We’re actively locating all the current Fortnite Season 8 NPCs and will have a complete guide to share shortly.

If you were diligently chasing Alien Artifacts every week last season, you’re going to enjoy Color Bottles. This season’s battle pass includes another customizable character by the name of Toona Fish, and to unlock his customization options, you’ll need to collect Color Bottles which will reliably spawn in specific places every week. We’ll have the first Color Bottles guide up very soon to help you get going. Each week, we’ll be bringing you more Color Bottle locations so you can stay up-to-date on all of Toona’s stylish offerings.

You’ll need to venture into The Sideways to escape with these exclusive weapons.

In Fortnite Season 8, players will be pulling never-before-seen weapons out of The Sideways and bringing them back to the island. You can upgrade them using Cube Monster Parts or you can swap them out for vaulted guns using Nuts And Bolts. Check out Fortnite Season 8 Weapons guide to catch up with everything new, vaulted, or unvaulted.

When Does Fortnite Season 8 End?

Sure, this season just started, but it’s good to know how long it will go on. According to the in-game battle pass menu, this season’s battle pass runs through December 5, which means Season 9 is on track to begin on Monday, December 6, 2021. As always, this is subject to change, but until we hear otherwise, we can reliably assume Season 9 will kick off just ahead of the holiday season.

It’s going to be another action-packed season of Fortnite, as the war-torn map indicates. We’ll be bringing you daily coverage of the new season, so keep it here as we join forces with the entire Fortnite community to protect Apollo from the cubes.