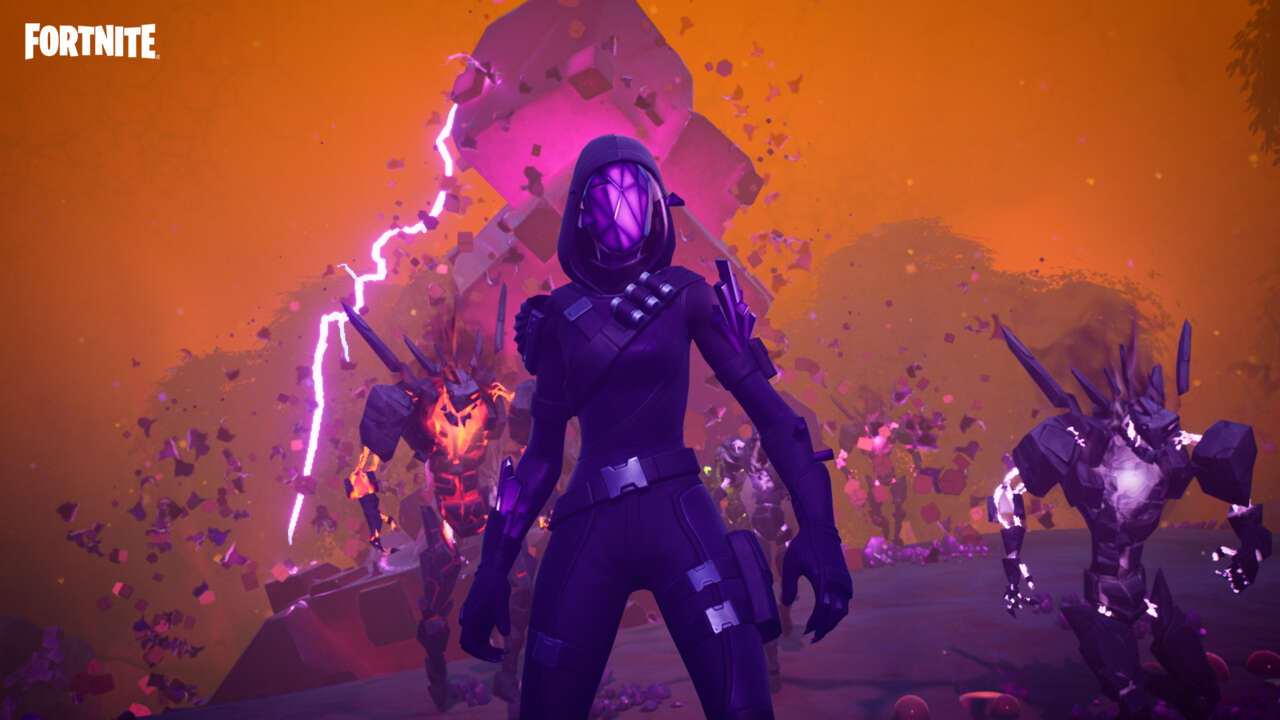 In Fortnite Season 8, you’ll need to complete a Sideways encounter to finish off Torin’s questline in your punch card menu. This challenge has left some players stumped–and probably for a few different reasons. In this guide, we’ll walk you through what you need to know about completing this challenge, as well as why you might be stuck waiting a while to even try.

As we broke down in our Season 8 map changes guide, the biggest differences are the creation of Sideways Anomalies and Sideways Zones. You’ll easily spot the Zones in your travels because they’re the enormous opaque orange bubbles that flare up in randomized POIs with every match. These Zones stay put all game long and players can enter and exit them as they desire. Think of Sideways Zones as places where this monster-filled dimension spills into the island’s native dimension.

Anomalies, on the other hand, are portals to The Sideways. This is where loopers can instead travel to The Sideways. In an Anomaly, there is a defined beginning (when you enter) and end (when you defeat the waves of enemies). You can track your progress with the progress bar at the top of your screen that appears during every Anomaly encounter.

To complete a Sideways encounter, only an Anomaly will do.

Taking down enough monsters will eventually spawn a humanoid boss with her own Sideways weapons. She’s cloaked in otherworldly attire and it’s not clear whether she’s there as an enemy of the monsters too, but she shoots at you, so she’s your enemy at the very least.

Eliminating this masked woman and enough monsters along the way will end the Sideways Anomaly and it’s this specific task you’ll need to perform in order to complete a Sideways encounter. This isn’t something you can do in the bubbly Zones because Zones don’t have an ending.

Sadly, Anomalies were deactivated just a few hours into Fortnite Season 8 due to unnamed issues the team at Epic was having. Thus, some Party Quests, including several of Torin’s quests and Dark Jonesy’s final quest, can’t be completed right now and will be unobtainable until Anomalies return to the game.

Epic has not mentioned a timetable for a fix just yet, but usually these things are resolved in just a few days at most. A major seasonal highlight such as this will surely be a priority, and we’ll update this post when Anomalies return to the game.