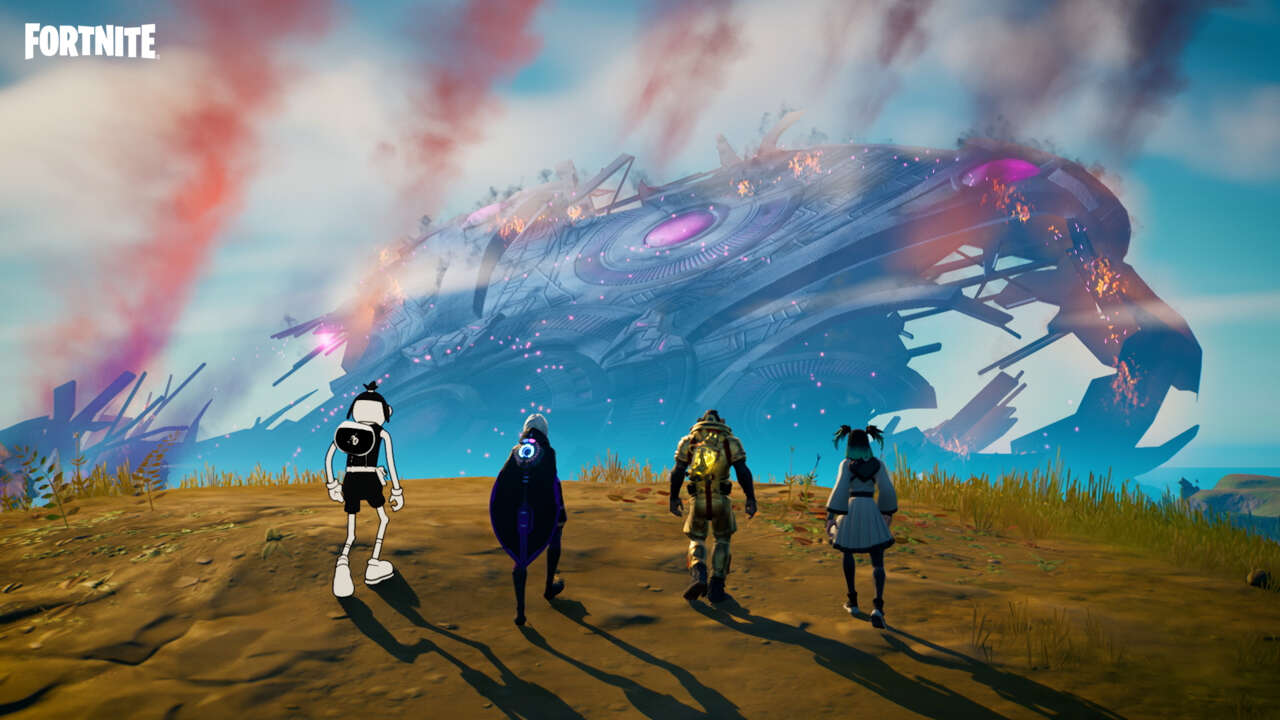 The Mothership has crashed and the cubes have arrived. Fortnite Season 8 is here and, as always, you can expect a host of Fortnite Season 8 map changes. This season’s map returns all of the same named locations as Season 7, but that’s not to say there haven’t been sweeping changes made across all of the island. Here are all the new Fortnite map changes for Season 8.

If you played Fortnite Season 7 through to the end, you’ll find the Season 8 map involves virtually every place of interest (POI) returning under the same name as we last saw it. This includes the slightly revised Sludgy Swamp, formerly Slurpy Swamp, as well as Holly Hatchery reverting back to its usual name, Holly Hedges. Every other locale features the same name, but on ground level, they can look quite different. Let’s get into why that is.

The Fortnite Season 8 map is war-torn like never before.

The biggest change this season is something called The Sideways. It’s an alternate dimension and home to never-before-seen Sideways monsters. Think of it as Fortnite’s take on The Upside Down from Stranger Things.

Players can cross into The Sideways by finding Sideways Anomalies, portals to this otherworldly realm located within the burnt orange map sections in the image above. There they can scavenge for Sideways weapons, which are new and exclusive sci-fi guns that can only be found in The Sideways. They’re more powerful than typical Fortnite weapons, but you’ll need to contend with the Cube Monsters lurking in this area in order to escape with them.

Cube monsters threaten anyone who transports to The Sideways.

The best analog for Sideways Anomalies is Season 7’s Mothership gameplay, in which players could be abducted and taken aboard the Mothership for a chance at the best loot in the game, but it takes a lot of skill and some luck to get out of there with such top-tier items–not to mention the Mothership didn’t have monsters roaming around.

If Sideways Anomalies are where the island bleeds into The Sideways, Sideways Zones are the opposite: They’re where The Sideways infects Apollo, bringing the doomed look and dangers of The Sideways into the loopers’ world. If you’re not willing to venture into The Sideways due to its existential threats, you’ll want also want to stay away from these Sideways Zones as much as you can. Like Season 7’s Abductors, these Zones will rotate from place to place with each map, allowing for variety and some unpredictability.

A Fortnite map on day one of a new season is always just the start. Led by new battle pass hero, J.B. Chimpanski, every looper on the island will come together in the fight against the cubes. This will manifest in changes to the island led by communal decisions, like building turret stations to fend off the mysterious six-sided overlords. Players can contribute their gold bars as a means of voting on future map changes, developing new weapons, and unvaulting past favorites.

Because this is a change that will take place slowly over the course of the next several months, it’s not one we can closely examine right now, so just understand that this season’s map changes will be more player-driven than ever before.

Players will also find new resources around the island including Shadow Flopper fish and Shadow Stones, both of which will grant their users temporary invisibility, so you can sneak past–or sneak up on–your enemies.

As the Season 7 dish stations remain on the island but apparently not in working order, it will be up to the Fortnite community to rebuild and retool in the face of a threat even greater than the aliens they’ve just barely managed to vanquish.

The Mothership’s wreckage is scattered across the island, and so are sentient cubes made of dark energy.