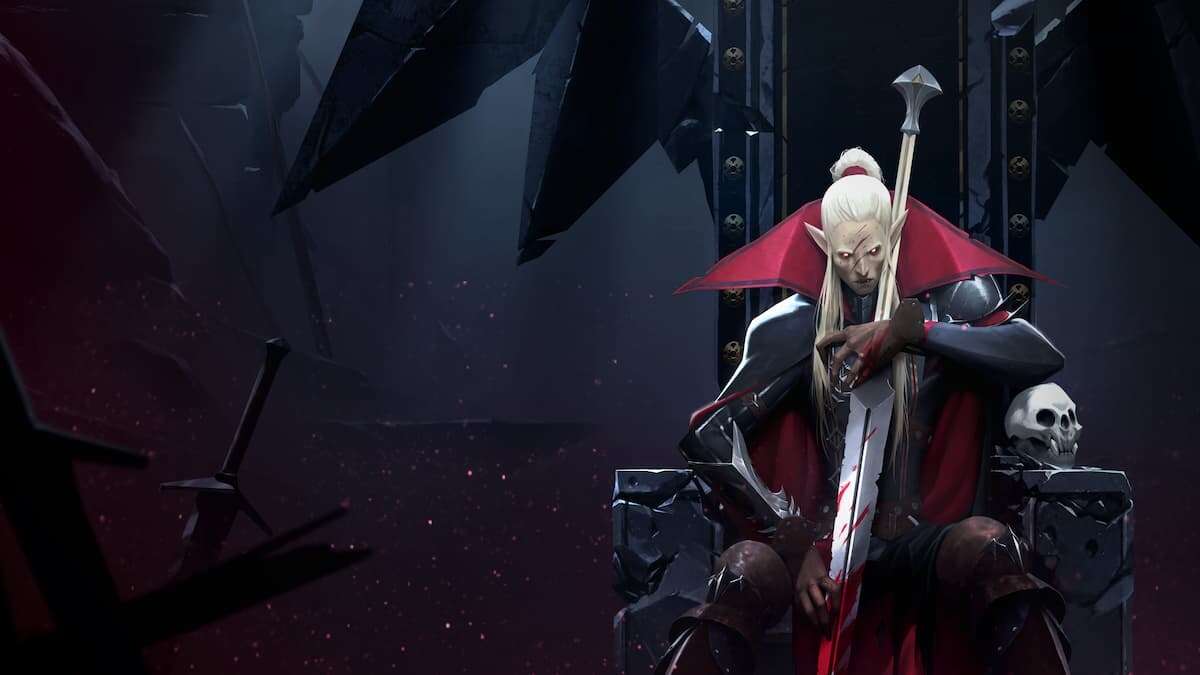 During the mid-game portion of V Rising, you will come across a mission that requires you to upgrade your base with different items. At the heart of these missions is the item called the Greater Blood Essence, which, as the name implies, is a more advanced version of the standard Blood Essence. The standard form of Blood Essence powers the Castle Heart, which keeps your castle up and running. The greater version of it allows you to craft items such as the Servant’s Coffin and higher-quality weapons and armor. However, in order to acquire the Greater Blood Essence, you need another material called an Unsullied Heart.

As with most survival-crafting titles, there are certain items that are far more difficult to locate than others. The Unsullied Heart is one of those items. Players have been stumped trying to acquire the material at any point in V Rising. If you’re looking to craft the Greater Blood Essence but need the Unsullied Heart, we try and help offer some ways to acquire it in the guide below.

Getting the Unsullied Heart and Greater Blood Essence

You might have already guessed that the Unsullied Heart is a rare item drop in V Rising. As of the time of writing, there’s no clear way to acquire the heart. Some players have reported that enemies above level 18 have a greater chance of dropping them upon death but that hasn’t been backed up by anything official. If this is indeed true, though, you might want to farm lower-level bosses, such as the Alpha Wolf or Keely the Frost Archer, if you want a chance at snagging an Unsullied Heart. While the Alpha Wolf has a recommended level of 16, players have reported getting the heart as a drop for beating it in Farbane Woods. Other reports indicate that enemies above level 30 have the strongest chance of dropping the Unsullied Heart, which seems more likely given the item’s rarity.

As for other ways of acquiring the Unsullied Heart, there doesn’t appear to be much in the way of concrete strategies. You might have to simply wander around Farbane Woods or the other northern regions of V Rising in hopes of killing an enemy and receiving the item as a drop. If you manage to get lucky and acquire four separate Unsullied Hearts, we recommend using them right away to craft the Greater Blood Essence. This can be done at the Blood Press, which can be crafted in your base after some early game missions.

For any unlucky players out there, you may have to wait until the mid-game of V Rising. Here, once you defeat the boss Tristan the Vampire Hunter, you’ll be given the recipe to craft Greater Blood Essence without the need for an Unsullied Heart. Instead, all you need is 200 regular Blood Essence and the Blood Press.

If any farming method for the Unsullied Hearts pops up in the V Rising community, we’ll be sure to update this article. In the meantime, you can read about our six tips for the early game of V Rising or how to find the elusive whetstone.

Iron Banter: This Week In Destiny 2 – I Cannot Wait To Buy This Stupid-Huge Gjallarhorn Nerf Gun

Cloud Gaming hub
July 1, 2022 0
It's finally time to order the Nerf Gjallarhorn, a ludicrous item that I definitely do not have room for in my life.
Read more

From Software 30 FPS Stutter Finally Fixed, But Only On Hacked PS4s

Bloodborne
July 1, 2022 0
This simple fix works, but at a surprising cost in another area of performance.
Read more

Apex Legends
July 1, 2022 0
We spoke with Respawn to talk about how the Apex Legends narrative team creates such believable characters.
Read more

Nintendo Switch’s Demos Are Miles Ahead Of PlayStation and Xbox

Games
July 1, 2022 0
Nintendo might be lacking in some areas, but the Nintendo Switch's demo offerings is not one of them.
Read more