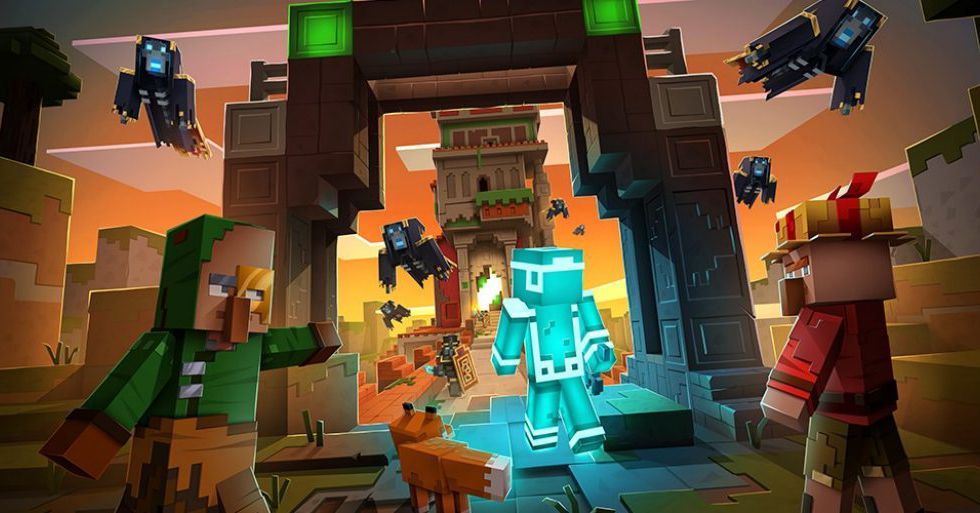 It’s a big time for Minecraft fans, as big updates are coming to both the Bedrock Edition of the voxel builder game and the spinoff dungeon crawler Minecraft Dungeons.

The first update is Minecraft’s Cliffs & Caves: Part 2, which is also known as Patch 1.18. It adds new biomes, including snowy slopes and mountain meadows, as well as a major overhaul to cave systems beneath the Earth. Players will encounter giant caverns much bigger than what currently exist in the game, and mountains will reach much higher into the sky.

Cliffs & Caves: Part 2 is set to be released on all platforms, including Xbox Series X, Xbox One, PlayStation 5, PlayStation 4, Nintendo Switch, iOS, Android, Windows 10 and Windows 11. The Java Edition of the game will also be updated, on Windows, macOS, and Linux.

Some parts of the update that will have to wait, though. The Warden, a giant terrifying enemy who is set to patrol the underworld and deter adventurers, will be delayed until Patch 1.19. Archeology, backpacks, and goat horns are delayed; no word yet on when they’ll reappear.

Meanwhile, Minecraft Dungeons is getting a new Seasonal Adventure called the Cloudy Climb. Cloudy Climb is a free update that includes a new progression system, weekly challenges, and a procedurally generated tower. As players go through these dungeons, they’ll earn Adventure Points for seasonal rewards, like cute pets or flashy capes. While the update is free, there will be a paid Adventure Pass for premium rewards through progress. Cloudy Climb is set to be released on Dec. 14.

All New Weapons And Items In Fortnite Chapter 3

Fortnite Victory Crowns Explained: Why Some Players Names Are In Gold

Fortnite
December 5, 2021 0
Fortnite Victory Crowns are a new way to show off your skills.
Read more

How To Use Tents In Fortnite: Campsites Explained

Fortnite
December 5, 2021 0
Pitching a tent can be the best way to plan ahead.
Read more

How To Slide In Fortnite