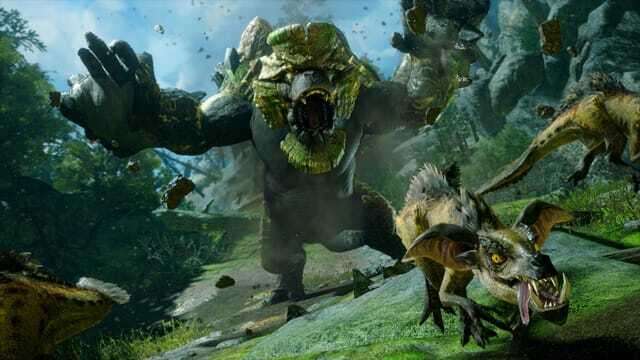 What is Monster Fluid used for in Monster Hunter Rise?

Monster Fluid is a necessary material you’ll use when crafting weapons and armor. You usually obtain it by completing certain quests and objectives, or by scavenging for specific monsters. It’s also possible to stumble upon some while searching around environments, but your best bet is harvesting monsters after completing a hunt. That’s where you’ll find the abundance of fluid you need to make the very best weapons and armor for your build.

You’ll need to keep a healthy supply of Monster Fluid on hand. It’s important to remember that for every crafting recipe that calls for a quantity of one of said material, you need 25 Monster Fluid to satisfy the requirement. Just hang on to extra units if you’re not sure how much you might need for a specific craft recipe.

Where to find Monster Fluid locations in Monster Hunter Rise

Finding Monster Fluid in Monster Hunter Rise isn’t too tough, though it can be difficult to seek out if you don’t know where to look for it. The big caveat is that it’s a Low-Rank material. If you’re taking on High-Rank or Master Rank quests, you’re not going to run into it. Instead, you’ll find yourself getting Monster Broth or Monster Essence, which are both useful, but not what you need. That means it’ll be back to handling smaller, less powerful prey,

You can get Monster Fluid from three small and one large monster:

We’ve found the best way to farm Monster Fluid is to take a quest that requires you to eliminate any of the above creatures that are located in the Lava Caverns. Then, follow these steps:

Head to these locales for the best farming opportunities.

Once you’ve gotten your fill of Monster Fluid drops, then complete the quest you took. That should give you an additional chance to earn more Monster Fluid as a quest reward. If RNG is kind to you, it should only take an hour or so to get plenty to last for a while. Then you can resume your higher-level hunts, with all the resources you need to get started on crafting new equipment.