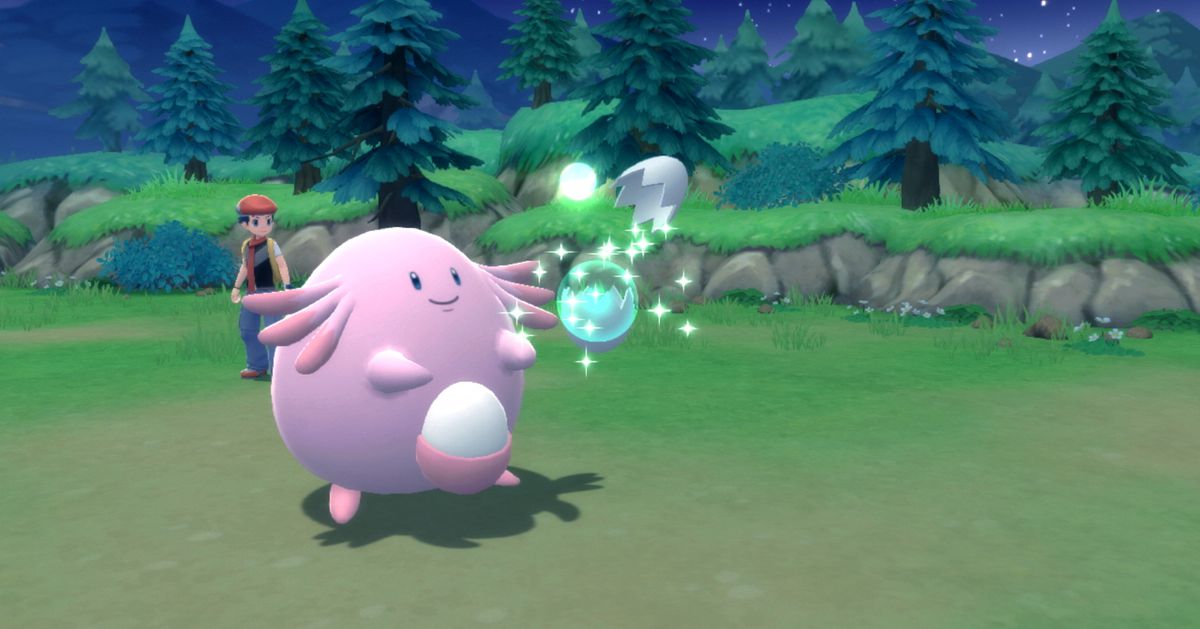 Pokémon have always been a wondrous concept, and it’s no surprise that many people who play the games want to live in that world. Who among us hasn’t expressed a wish to be the very best, like no one ever was? Even if we didn’t become famous Pokémon trainers or go on to battle the Elite Four, it’d still be great to live in the world. Just think of the variety of pets you could have, and all the iconic worlds you could visit.

So it’s no surprise that the Twitter game “Tweet like Pokémon were real,” originally posted by user nellychillin, has taken off. There are over 17,000 quote tweets, and people are just having some good, wholesome fun coming up with these alternate universe tweets.

this cat has been following me for 13 blocks asking for my credit card info https://t.co/SdMuxy24Mg pic.twitter.com/M4chDi2Co6

What species are they? (i stacked them sorry) Its in hoenn https://t.co/kI6JV74rnf pic.twitter.com/51MElDRw0i

Some of these tweets are about the majesty of encountering Pokémon during just a normal day. Frankly, I would be honored to have Team Rocket’s Meowth tail me in an attempt to con me into investing in cryptocurrency, but I guess I’m just built different.

That’s not to say that a world with Pokémon would be simple. There are still lots of complications that would occur in everyday life, from the mundane (path blocked by a Snorlax) to the apocalyptic (Pokémon Gods get loose thanks to a guy like Giovanni).

walked into the living room and saw this dude watching golden girls. Also we dont own a gardevoir who IS this https://t.co/S3sckwGTLT pic.twitter.com/EJQZgaymSn

'kids these days have it so easy' my little sister was abducted by a drifloon and dragged to hell https://t.co/hhBDxNt3yC

Then there’s a genre of Tweet that I’ll generally refer to as “slice-of-life.” There are tons of great jokes riffing on playing through the campaign of Brilliant Diamond or Shining Pearl, or just enjoying the eccentricities of the Pokémon world.

undefeated champion got his finger stuck in the wall at chipotle https://t.co/fpXaVhFKhk pic.twitter.com/KaA4FJBvzQ

I always find Pokémon jokes wholesome because the series straddles the line between relatability and fantasy so well. Sure, there are some horrifying Pokémon facts, like the bit about Driftloon carrying away the souls of children, which is absolutely canon. But there’s also just something comforting about hanging out with a Wooloo or having a Bulbasaur for your best friend. Frankly, I think we could all do our part in helping to envision this better world.