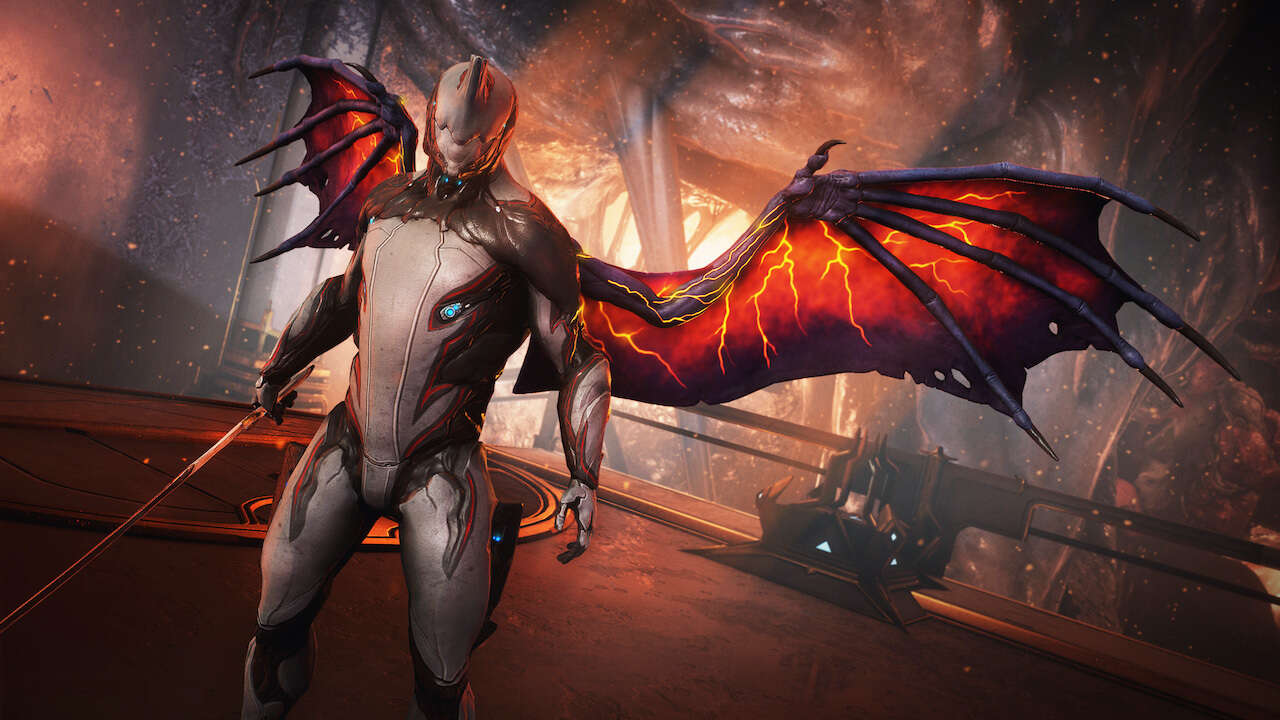 The new Halloween event in Warframe offers cosmetics both new and old, along with a free-to-play quest. While the event doesn’t offer much for new players, it is an opportunity to color the already H. R. Giger-tinged Warframe with some seasonal goodies. The content is split into three distinct elements: Nights of Naberus, Day of the Dead, and Chains of Harrow.

Nights of Naberus consists primarily of event-exclusive rewards and aesthetic items, available regardless of player platform. The event starts October 6 and runs until Wednesday, November 2 at 11 AM PM / 2 PM ET. Players can access the event by visiting Daughter in the Necralisk on Desmos. She’s exchanging rewards like blueprints, Orbiter decorations, and Nyctalus Emphemera for Mother Tokens. The aesthetics are themed after the in-universe Orokin festival of death and mischief, which sounds awfully similar to our own Halloween.

Day of the Dead is a set of deals for Warframe cosmetic pieces, both from past Halloween events and newly created skins for 2021. The content includes a 2021 glyph bundle, Day of the Dead-themed weapon skins, and armor. Darvo’s deal will let you grab these items at a 25% discount, for real-world money.

Along with the prequel comic RELL, the quest “Chains of Harrow” leads players into an abandoned spacecraft. Guided by a spiritual medium from the Red Veil, players will explore a desolate machine, echoing with whispers of the dead and lit with strange and inconsistent light. To find what horrors await, players will have to complete the quest “The War Within” and unlock Mot in the Void. Completing the quest will unlock the Harrow Warframe blueprint. While not brand-new content, the quest is a little bit out of the way and fits into the Halloween theme.

The events listed here serve as a good outline for Warframe’s October, whether you are looking for an in-game Halloween costume or are just goth. If you miss out on this event, there’s always next year.

This story has been updated to clarify that the Chains of Harrow quest is not new to this event.