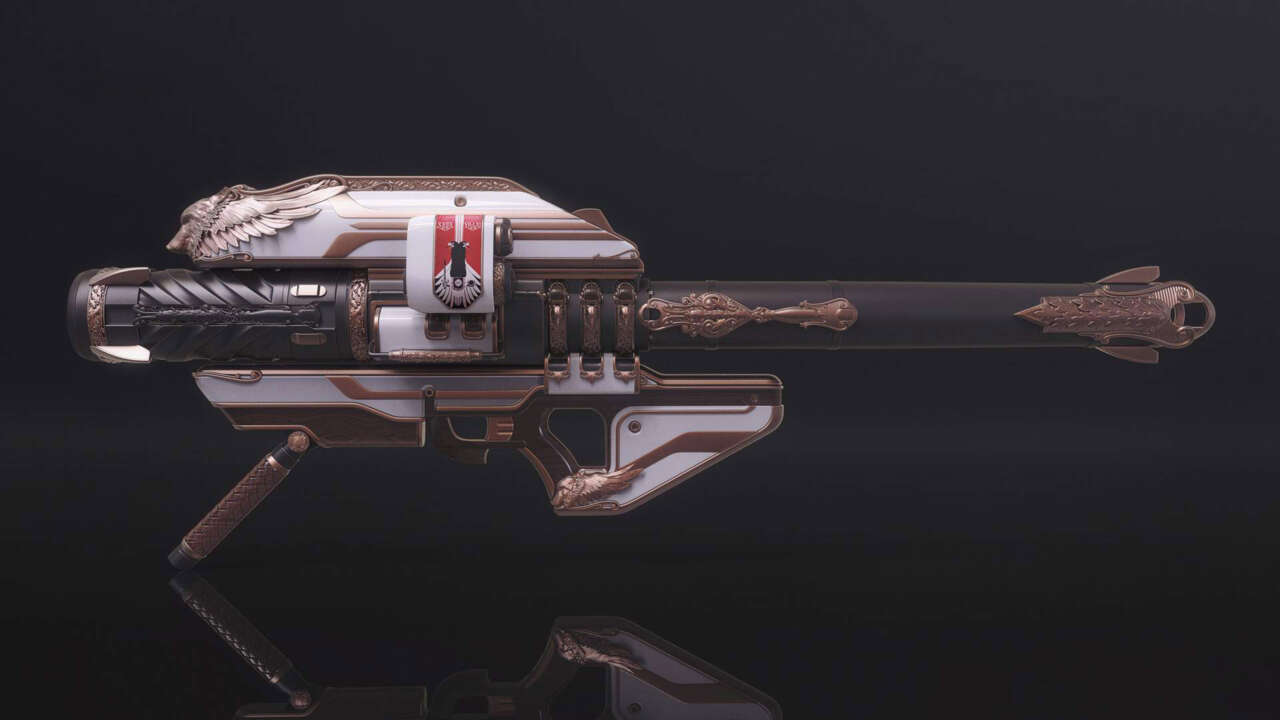 Anyone who’s been playing Destiny 2 for a while has likely managed to build up a sizable arsenal of Exotic weapons to replace the gear that was lost when Dominus Ghaul attacked the Tower, way back during the Red War campaign in the game’s vanilla release. But for veterans of Destiny, no shiny laser rifle or fast-firing scout rifle can replace a certain Gjallarhorn-shaped void in their emotional inventory. It’s one that happens to be shaped like a rocket launcher that’s capable of tearing through entire armies of anything unlucky enough to be in your way.

As part of Bungie’s 30th-anniversary celebration, the developer announced that it’s bringing back the Exotic weapon of mass destruction in a new dungeon inspired by the original Destiny’s infamous loot cave. The dungeon will provide players a new challenge with the ultimate reward being the return of a Destiny 1 favorite.

Here’s why Gjallarhorn’s entry inside of Destiny 2 is such a big deal.

Gjallarhorn in all its glory

Like most of Destiny’s cool gear, Gjallarhorn’s story in-game is an epic tale of destruction and honor that the game’s Grimoire system of exposition didn’t do full justice in explaining. In a nutshell, Gjallarhorn was forged by the gunsmith Feizel Crux at the Crux-Lomar weapons foundry. It was a gift to the Guardians who survived the fabled Battle of the Twilight Gap against several united Fallen Eliksni houses. The rocket launcher is a double-metal weapon, due to it being constructed from the salvaged armor of Guardians who died while protecting the Last City from one of the worst attacks it has ever faced.

In Destiny’s first year, Gjallarhorn popped up during the game’s second week as part of Xur’s weekly inventory of Exotic weapons. At this point, the Agent of the Nine was still accepting Strange Coins for payment, but since it was early in the game, few players had stored up enough of the rare currency to buy the gun. Anyone who missed out on obtaining Gjallarhorn would have to hope that luck was on their side and that it would drop as a reward from engrams, Crucible matches, or as a prize from the completion of the Vault of Glass or Crota’s End raid.

Some players were happy to wait for Xur to offer the weapon again–at least, at first. Buying the rocket launcher required almost an entire year of patience, as the arms dealer only offered Gjallarhorn again in the first week of Destiny’s second year, and only sparingly afterward. The Prison of Elders from the House of Wolves DLC was another possible option for earning an Exotic engram possibly containing Gjallarhorn, if the RNG gods were on your side. That rarity led to Gjallarhorn being an incredibly sought-after item, especially once players began learning of just how ludicrously overpowered it was in action.

What Made It So Special

Gjallarhorn was digital proof that there’s no kill like overkill when it comes to weapons in Destiny. Besides looking like a gloriously ostentatious vessel for delivering high-velocity death from on high, Gjallarhorn’s signature Wolfpack Rounds perk meant that a single rocket could become many tracking cluster missiles upon detonation of the main warhead. One high-damage round became several, erasing anything from existence that was caught in its blast radius.

So powerful was the rocket launcher that it became an essential part of high-level activities and a scourge in the Crucible. Raid groups only allowed cool Guardians equipped with the Exotic entry in their a weekly expeditions into the Vault of Glass to annihilate Atheon across multiple timestreams, packs of roaming Fallen from the House of Wolves were shot down before they even hit the ground, and no matter how fast you ran in the Crucible, there was nowhere to hide from all the seeker missiles locked onto your fancy armor.

Not even space-gods could stand up to Gjallarhorn

As time passed, several patches were released, and Bungie introduced other Exotic rocket launchers such as Truth and Dragon’s Breath, making Gjallarhorn a relic as other powerful weapons were added to Guardian arsenals. With Destiny 2 on the horizon, Bungie gave the game’s signature weapon one final hurrah in 2016’s Rise of Iron expansion. This time dubbed the “Iron Gjallarhorn,” what made this version of the rocket launcher so special was a long quest that players would embark on to assemble their Exotic and cement their reputation as an Iron Lord for a new era.

Iron medallions had to be collected, a whole lot of talking was done between fetch quests, and the end of the mission saw a legend reforged and tested in epic fashion. With multiple Fallen converging on their position, Walker tanks gearing up for an almighty assault, and no reinforcements on the horizon, Guardians were left with nothing more than a shoulder-mounted extinction-level event weapon, a small mountain of ammo, and plenty of moving targets.

Return Of The King

Gjallarhorn, it has been too long.

Enter Destiny 2, a game that hit the reset button on player’s inventories when Dominus Ghaul invaded the Last City. It would take some time for players to rebuild their collections, and in the game’s first year, Gjallarhorn would have a spiritual successor in the form of Wardcliff Coil. While it had no tracking systems with which to pursue enemies, Wardcliff Coil made up for it with a cluster of rockets that could turn the tide of battle–or make someone in the Crucible curse your name.

In the years since then, Destiny 2’s selection of Exotic rocket launchers has grown to include Two-Tailed Fox, Deathbringer, and Eyes of Tomorrow. They’re all fantastic weapons in their own right, but lacking the prestige and history of Destiny’s Gjallarhorn. All of that changes later this year though, as Destiny 2’s general manager Justin Truman explained during Bungie’s recent showcase event for The Witch Queen expansion that the studio’s 30th Anniversary celebration was the right time to bring the iconic weapon into the game.

“One of the questions we asked ourselves, when we started looking at what would a 30th Anniversary Celebration look like, is, ‘What are those moments that we really want to call back to on this journey, the experience we’ve had with our players?'” Truman said to Polygon in an interview. “And two that immediately jumped was that experience of the loot cave at the very beginning of Destiny 1, and the Exotic-defining moment when you understood what Gjallarhorn was.”

Gjallarhorn’s Destiny 2 incarnation has some big boots to fill, as the legacy of this weapon sums up the original Destiny at its finest: a loud, confident, and explosive salvo of fun, all wrapped up in a gloriously ostentatious package of metal and violence.

Fortnite
October 18, 2021 0
Never heard of Kaws before Fortnite? Here's what you need to know.
Read more

Dota 2
October 17, 2021 0
The biggest prize pool in gaming history was up for grabs on Sunday.
Read more

Games
October 17, 2021 0
Is Microsoft about to make a Fable announcement?
Read more

DC Universe
October 16, 2021 0
The Batman, Riddler, Penguin, and more are all in the new trailer.
Read more