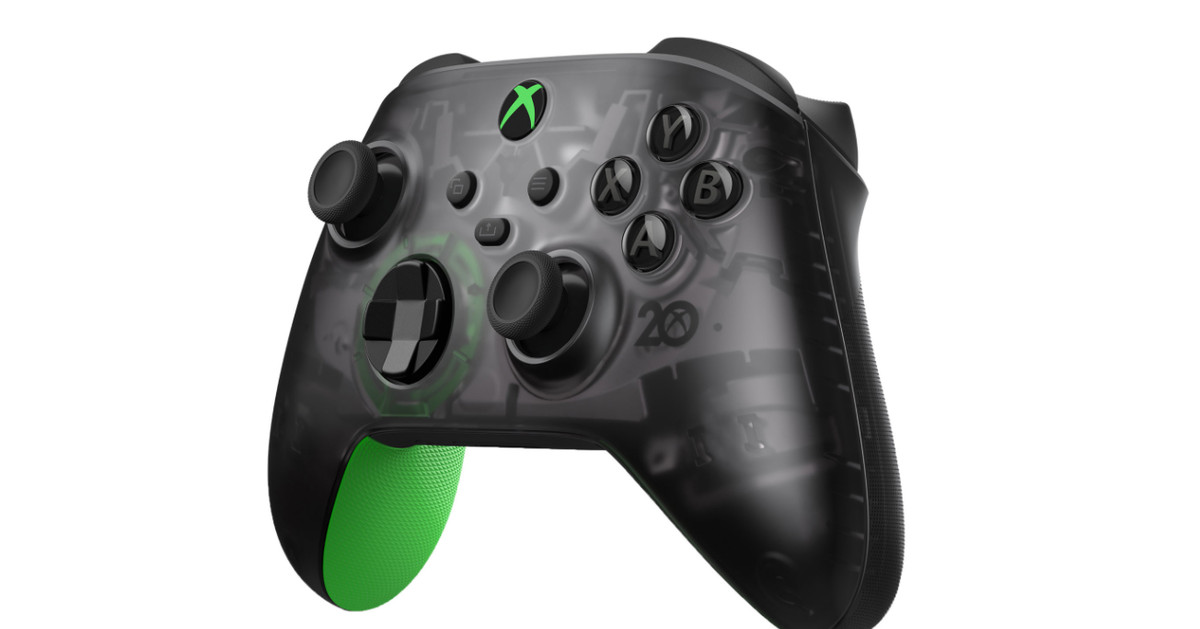 A new Xbox controller celebrating the 20th anniversary of the company’s Xbox game console is on the way, Microsoft announced Thursday. The controller has a translucent face — so you can see some of the inner workings — and hits of Xbox’s signature bright green color.

The controller first leaked Thursday morning at Best Buy Canada, but Microsoft provided more insight on its design in an Xbox Wire post. Xbox product marketing manage Jessica Tsujikawa said the controller’s see-through shell is a spin on the original Xbox debug kit, which was a translucent green.

The 20th Anniversary Special Edition Xbox Wireless Controller is scheduled to be released Nov. 15. The front half of the controller is a translucent black, so the silver inner workings are visible. The back of the gamepad remains a solid black, with bright green panels on its grips. The controller also features a small 20 — with the Xbox logo circumscribed by the zero — for the console’s anniversary, which Microsoft has been celebrating all year.

Microsoft’s 20th Anniversary Special Edition controller will cost $69.99. The last special edition — Aqua Shift — also sold for $69.99, $10 higher than the standard MSRP for an Xbox gamepad. Xbox Wireless Controllers are compatible with both the Xbox One and Xbox Series X and Series S, as well as Windows PC, Android, and iOS devices.

Microsoft will also sell a 20th Anniversary Special Edition Xbox Stereo Headset, complete with the bright green highlights and translucent black shell. The headset, which is wired, is set to be available on Nov. 15 for $69.99, too.