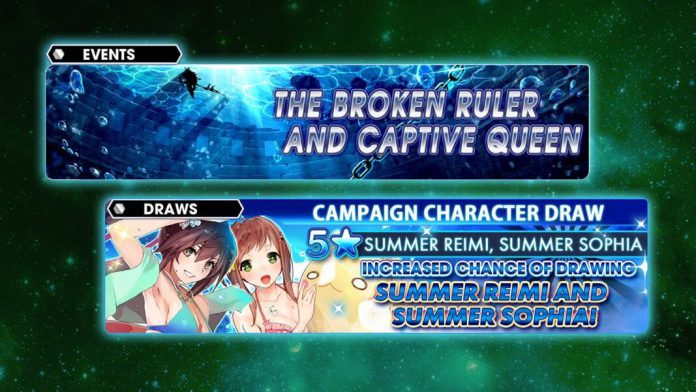 This is the series of Star Ocean: Anamnesis – Bosses/Speedruns tips. For this current event, this will be for Millioneyes (Eyeball 50).

Maria’s goal in this fight, and almost every fight, is to rack hitcount, build rush and press rush on time. She’ll never be the main DPS, but that’s fine, because she’s a great support unit. If not tanking, consider using CA Gravity Ball x 2 before the boss moves at the beginning, hoping to get slightly more hits, then go either into Squall x 3 or regular rotation. For damage, consider using (Crimson > Aiming) instead of Aiming first for a slight optimization – getting the hits in a second earlier, meaning your allies get that hitcount bonus a second earlier. This is especially true when playing with SReimi or SMyuria.

Nel excels in one-floor bosses and bosses who can be poisoned, and this happens to fulfill both conditions. Congratulations! Nel’s AP Cost reduction helps increase DPS on most units by fitting in an extra skill in a rotation, and a bit more rush as well. Crit is an invisible power, but it will increase damage a bit. Consider holding rush to go with your allies, most of them need the hitcount (SMyu, SReimi) and it can be hard to build it up again with the only possible tradeoff being a successful poison proc on the boss. Nel’s power is to also let her allies rush earlier, so don’t take that away from them.

Nel will likely not draw aggro, so throw out a couple combos and stay wary. Pretty straightforward, just avoid the collateral damage form your allies.

Reimi is definitely a viable candidate for a shooter slot, and does increase the tankiness of the team. Reimi players are probably sick of hearing it, but just in case: Sparrows knocks up stunned enemies. Check your team for elemental weapons – if the boss doesn’t break upon rush, avoid using Sparrows too much until after he does. That said, this boss’s hitbox is larger, so a bit of knockup won’t destroy the run, but it’s in your best interest to avoid this.

You should never need to take aggro as the Fidel, so just stay out of the bosses’ attacks towards the back/side and DPS DPS DPS. Despite being large, he moves often and will not be easy to hit with Air Raid. Make sure you’re using CA Double Slash to keep up during your rotation. Air Slash can hit him from most of the map, so if you’re spamming that from 300%, you may not need to chase as often until you restart your rotation. Air Raid during Elemental Break is viable, but it does displace slightly. Avoid overt use of Double Slash and too many sword normals, as they can launch during stun.

SReimi’s talents make this easy for melee, and as such being the Reimi you are guaranteed these talents. Remember, rush pools don’t affect you, so keep DPSing. The other thing to keep in mind is that you get monster amounts of AP on each normal attack. If chasing / dodging, consider Normal > Normal x 2 to regain your AP during downtime, instead of standing to refresh AP.

Use your AP advantage to reposition behind the boss when possible and avoid attacks while sustaining damage. This boss moves often, so remember to use CA Combo/Smack (whichever) at 100% or CA Smoothies if chasing at 300%. During Break, use a regular DPS rotation of your choice [refer to the combos on the role sheets for a baseline].

Roddick should have a good time of it in general. Millioneyes is big enough to eat most of a Shotgun when he’s standing still, and should be a 3-hit Dragon most of the time. When he’s still, use Shotgun at 300%, and if he’s moving a lot, use the Air/Dragon rotation to track him a bit better. Easy stuns with Roddick, which the boss is very susceptible too. Keep up a good chain to lock him down for a good while.

Daril is actually a very reasonable unit for this title, for the same reason as Nel, if you can find someone willing to play him. AP cost reduction on a map where you don’t have mobs to build rush for free is very valuable, even just pre-rush. However, he does bring comparably lackluster damage and doesn’t necessary fill a damage/ATK buffer slot, so just keep it in mind when teambuilding. For what it’s worth, he’s on element with Shotgun, so consider working it in more often if you don’t have an imbue weapon.

SMyuria’s job is the same as it always is, make it to first rush and destroy the boss after that. It’s in your best interest to CA Aura Wall > Aura Wall x 2-4 when starting the fight, then move into Thunderfire spam (if you don’t feel behind, you can add in an Air Slash for cancel bonus if using it). Post rush, do your best to move into a regular DPS rotation, but be aware Thunderfire spam past this point may switch the boss into a ranged pattern, which can be deadly for everyone. Consider throwing up 2 Walls instead of 1 during your first combo – use your best judgement here. Be aware of boss aggro and boss attacks. Most of them are quite telegraphed, but it’s best to be careful.

You shouldn’t be at the top of aggro, so the most important thing is to watch out for ally attacks which will be coming your way. The most likely case is either Freezing Waltz or Blood Tear. Prioritize your life and stay safe, even if you have to cancel your spells. You’ll lose it anyway if you get flinched out by damage. Build rush as best you can, and do some crazy rush/post-rush damage.

Faize is treated as a close-range weapon for the purposes of SReimi, though using normals may be less effective than it is for attackers, it’s still quite viable. Get close, throw out your full DPS combo. The boss is large, though he does move often, Devourer and Needles may miss. Be aware of boss movement and positioning when deciding your rotation. Post-rush, w/Break, avoid using disruptive skills (Devourer and Spark) too often. If the boss doesn’t break, but you have some level of elemental imbues in your party, avoid disruption anyway, in case the boss breaks mid-combo.

sSophia is a great flex pick for speedruns, despite being a healer she brings a unique set of buffs that improve the overall party damage, she also provides a decent amount of damage alongside the ability to feed AP to her team members. With the right team setup, sSophia can dish out huge damage, while increasing the damage of her peers. AP feeding is a particularly useful mechanic that allows you to get more 300% attacks in, increasing your overall DPS substansially. sSophia also has incredible hitcount gain, which allows units like herself and sMyuria to build rush much easier.

Note that sSophias rush gain can be quite bad, she is heavily reliant on decent hitcount and not being interupted to generate her rush in time for a full rush chain, if she is getting aggro or the team cannot keep a consistent hitcount, she will not get rush fast enough, resulting in 3 man rushes or a heavily delayed fourth. A good unit when used properly, needs to be surrounded by the right units to excel, but when she is, she definitely proves her worth.