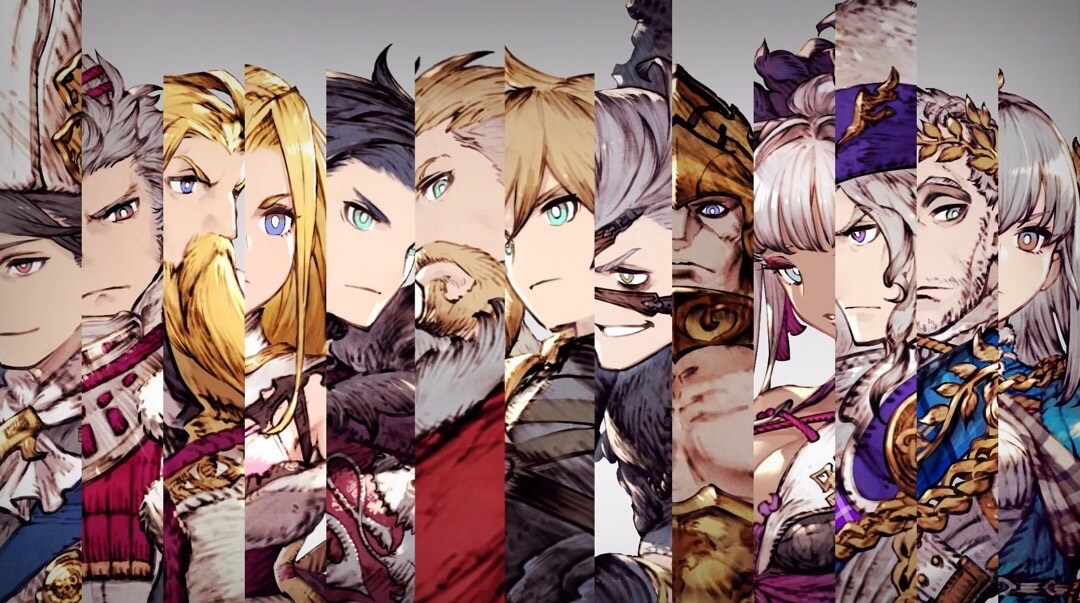 This is a reroll guide for new players. This also cover some analysis of the basic and early War Of The Visions tier list and characters which should be helpful for most new players.

You can also read the beginner guide that most suitable if you are F2P:

OK, this is a short list of things you should try to get if you’re going to reroll.

This is going to be lots of work, but very rewarding.

To delete your account you have to go back to the start screen, press on the button on the lower right side of the screen and then select the button in the middle. Since this deletes only the account and not the downloaded data, it’s the fastest way to reroll.

Alright, now that this is in the clear, we can go on with what you should go for.

This is Mediena, your super-fast and hard-hitting Swiss Army knife for every content, yep, you heard right, FOR EVERY TYPE OF CONTENT, no kidding.

She is the mage with the highest MATK value and has ninja as one of her sub-jobs, so her speed is great as well. Her LB-skill is one of the few “big” AOEs and hits really hard…and well….it’s an instant cast spell, so the dumb AI actually manages to hit enemies with it. This skill alone makes her one of the strongest units for PvP and the normal grind.

I don’t have her on my main JP account and it’s sometimes really a pain without her….because a lot of good MP grind groups want Mediena only parties.

I think that Golem probably won’t be listed on that many reroll guides because one only notices how great it is after one reaches the end game. Golem is the only esper that can increase DEF. DEF works %ish in WotV, so the extra DEF from Golem can make a huge difference.

A good Engelbert with Golem equipped and sentinel buff usually receives 1 dmg from pretty much every melee attack – without Golem the dmg can still be in the 100~1000 area.​

The following units can make a lot of things easier, but you can do fine without them.

Engelbert is the strongest tank in WotV and his main use is in the arena, guild war, and end game content. With a good build and some luck, he can solo melee teams and is a real nightmare to face as an enemy. I stopped counting how often I wanted to throw my phone against the wall because a single Engelbert wiped my whole team.

Outside of the named content, he is pretty much useless and he requires Golem to shine. So, if you want to go for high guild ranks and high arena ranks, then you should go for him, otherwise, ignore him and use the MC, Mont, instead.

Ayaka is the only legit healer and has a bunch of good buffs as well. She can be used in high-end solo content and is really handy in the early game as well. Coupled with Engelbert she is pure cancer in arena and guild war. It’s nice to have her, but you can do without her because healers don’t have much use in this game.

There isn’t much to say about following vision cards besides their effect.​

Echoing Scream is the best card for units that use slash attacks, so pretty much every melee DD. It increases the slash attack power of the whole party. It also has a huge PATK stat boost and increases the dmg against weakness for the unit (dmg type) which equipped the card.

Trousseau increases the magic type dmg of the whole party and has a nice MATK boost for the unit which wears it. It’s a nice addition to Mediena.

Xiza is one of the fastest UR units and will probably be one of the best units for the FF14 raid. Sadly the AI doesn’t really know how to play her, so she usually sucks in arena, gw, and everything else on auto mode. So, why do I list her here? It’s pretty much only because of her trust master reward (unlocked at max limit break and 6* awakening). It has a unique buff skill that regenerates the AP of the caster for 3 turns. This skill is great for raids and other content, where one needs a lot of AP to spam skills asap. The investment for this skill alone is quite huge, so one should either go for it or let it be. One can live without it, but it’s honestly a great help.

Long story short, investing in Xiza should be a long term goal and won’t reap any immediate rewards.

Gilgamesh is a bit controversial because of his build cost. His shards cost double that of normal UR and you can only farm one shard per day instead of the usual 2 shards per day of UR units. He can use a big AOE 3 times and can do solid damage. His HP and Def are on the low side until his 2nd master ability, so he has to be used with great care. I would advise you to not go for him, simply because you can get two useful URs for the same cast as one useable Gilgamesh.

There isn’t much to say about Sterne. He is the typical glass cannon and wreaks a lot of havoc in the early game. Later on, he falls off sharply. He can do solid dmg and thanks to the shuriken skill even at long range. His main problems are his low HP and that he has no combo skills, which are of great importance for raids. Around two months after release Orlandeau should arrive with the FF:WotL collab and he will make Sterne pretty much obsolete.

Ifrit seems to be a great vision card and esper and this isn’t exactly wrong, so, why isn’t it listed as something you should have.

The vision card boosts PATK for the whole party by up to 50%. Sounds great, but you will usually have one unit which uses the Lovers Card (SSR), which makes the AI enemies dumb and let them all go for the unit carrying it AND increases the PATK for the whole party as well, albeit not as much as Ifrit. Sadly the effects of vision cards don’t stack, so if you run Ifrit and Lovers you will waste the PATK buff of lovers card. Overall it’s more useful to use lovers’ card (for passive aggro) and some other cards that boost specific dmg types. Ifrit as esper itself boosts patk and….pierce, so you can pretty much only use him well for Aileen.

Ubisoft will offer its subscription service on PlayStation consoles as well

Silent Hill 2 might be the next big horror game remake

Games
May 16, 2022 0
Bloober Team, Annapurna Interactive, and others said to be visiting Silent Hill
Read more

Multiple Silent Hill Projects Are Rumored To Be In Development

Star Wars: Attack Of The Clones Is A Lot Better Than I Originally Thought

Games
May 16, 2022 0
At 20 years old, I thought Attack of the Clones was a horrific movie-going experience, and I was wrong.
Read more