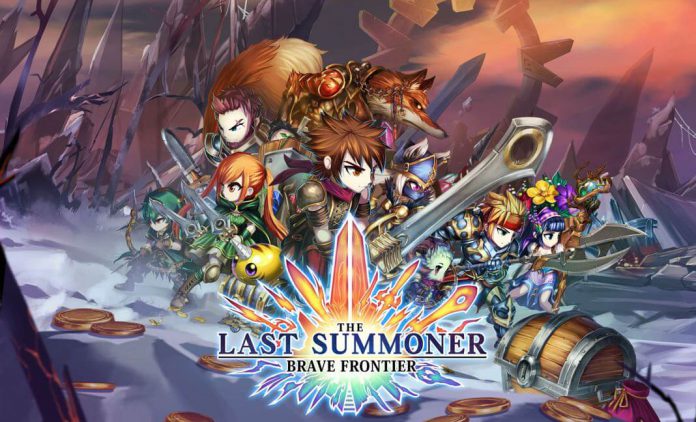 Forewarning: this is based on personal observations. It is by no means a de facto compendium of absolute truths.

To re-roll you just uninstall and reinstall. There’s a lot of bonuses for starting up now, though I can’t say for certain that they’ll be available much longer.

First things first I highly advise against using the special orb summon. The biggest reason is that it’s a 2% chance at Nat 4 characters that are going to be extremely difficult to enhance and compete with ascendable story characters.

Furthermore the 250 orb draw has a mileage perk that gives a guaranteed rank 3 character and you’re pulling from a mostly similar pool of characters.

As is you start with Lola Hotmess and 700 gems meaning that if you grind up to 1-6 you’ve got 3 summons and you’re honestly only digging for 1 decent character.

To expand on this you get 3 story characters that unlock all roles and a rank 4 summoner in Lola. Even if you discard Lola later because you didn’t get her as a summoner variant you only really need 2 characters to cover your front line since Brook is a consistent middle with Zola and Hanna doing well in the back.

With that 4-core, with them all at rank 4 you’ve got two rank 2 AoEs, two Rank 2 Single Target attacks, higher than average initiative, two summons and two healers if you include Hanna’s summon and reset her at level 1.

What the above means is you’re looking for a Shield, Spear, Dual Sword and to a lesser extent Great Sword user for the Top Right slot. Almost everything else you pull will fall to the wayside by the end of Chapter 2 and be slotted into spare squads or have niche uses.

If you’re not a big fan of Lola or fist users then that bottom right slot is best suited to a Great Sword or Dagger user. The biggest reason for this is that these two weapons have roughly the best auto attack damage and an AoE attacker in the blocking varieties are much less common.

In the case of the front right slot I honestly couldn’t say if any weapon has a much higher block or intercept chance. I’d just look for something that has, in the order of Rock Armor >= Defense Stance > Intercept buff > AoE Attacker. This is primarily because Defense Buff starts to matter in Chapter 2 Challenge+’s and Phoenix has access to Defense Stance.

In addendum to the above point I’d try to avoid settling on Lightning or Wood characters for that front right slot because there’s a disgustingly high amount of Fire Dagger and Wood Fist fodder enemies in the game that you’ll not often out speed and can create unwinnable situations. Starting out you’re better focusing resources into your core instead of making a lot of Rank 4 characters instead of a few rank 5s.

In the case of general progression you use your starting Mercenary in the back row with the Undine Healer you get in act 2. Zola and Hanna replace them respectively when you can freely put Zola back there and you get Hanna at the end of Chapter 2 and the burst heal matters more than the heal over time.

Brook will seldom leave your leader slot because he’s stupidly consistent. I only ever remove him from that middle slot when it’s a water heavy encounter and only because I have a ridiculous amount of lightning characters. He’s a strong contender for your first rank 5 character because he gives you access to Phoenix for a HoT and Defense Stance and applies his leader buff army wide which is pretty amazing for this current event.

Lola is a weird character. She’s very niche but she gives you Behemoth at rank 4. It’s kinda awkward stacking two single target attacks in one comp when most of the content resists one or the other but he carries an infiltration damage buff and an albeit small but useful damage reduction buff.

In summary take what you will. Try to land on a Light Spear, Shield or Dual Sword user to cover the weak top right slot. Most characters that are useless now will have niches in sub-squads or mono comps eventually but you’re primarily looking for one character to help ease you into Chapter 2 Challenge+s.

BFTLS: Basic
August 16, 2018 2
Due to the tutorial not covering many of the features in the game and the user interface...
Read more

BFTLS: Basic
August 16, 2018 2
Due to the tutorial not covering many of the features in the game and the user interface...
Read more

BFTLS: Guides
September 10, 2018 0
Crystal Parade A map with three paths, each path give you a type of crystal you need to...
Read more