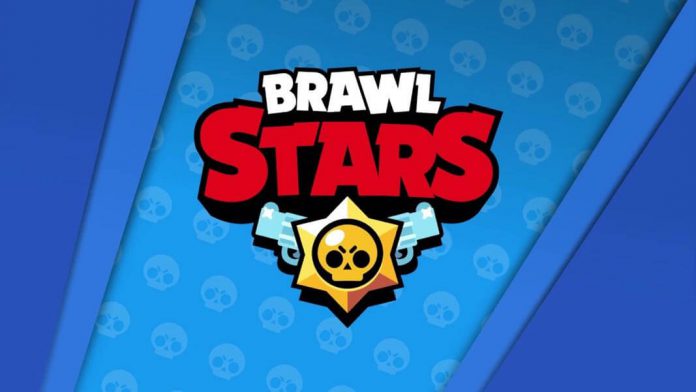 Starting with a new game can get confusing and frustrating when you are trying your best to level up or compete with other gamers. If you want to optimize your performance and win against your opponents whenever you play, read on this Brawl Stars guide for useful tips, hacks and tricks to get you ahead of the game in no time!

Brawl Stars was launched with a 2.5 million registration but exceeded the expectations to 5million, and it is predicted as one of the most promising game worldwide.

Brawl Stars was created by the same creators of Clash of Clans, Boom Beach, Clash Royale and Hay Day. It is an online mobile battle arena game that features over 100 characters to choose for each battle, or simply put “MOBA”. The game consists of players using strategic fighters to eliminate enemies and dominate the arena through different stages with different goals for separate levels.

Handling your controls is the first step to making progress. The virtual joysticks on both sides of the screen help you to manoeuvre the character in any direction. The virtual analogue on the left of the meta screen can help you rotate the figure.

You can launch attacks by using the button on the right of the screen. You can swipe the badge to target an area and tap it to attack instantly.

The skull symbol on display shows a special brawler attack that is used to cause damage to the enemies. You can use it by swiping towards the direction of the target and tapping to attack

At the battle ground, you will find that the characters have green or red bars over the brawler’s head. These bars indicate the amount of attacks you can launch in one go so keep an eye out for these bars before exhausting your attacks.

If a brawler has three bars, he can attack only three times, and once it is over, he has to rest for the bars to fill up again while accomplishing other missions or hiding to regain health.

In Trophy Road, you need to unlock different events and level up, and for that, you need to collect Trophies.

To dominate the game, you have to understand the different kinds of game modes and strategies ways to achieve your objectives.

For example, in Shown Down mode, you have to be the last one standing to win the game whereas, in Gem Grab mode, your goal is to grab and hold the gems.

Here is an overview of the different game modes.

Those are the different game modes that you can select to play. Depending on the objectives, you have to come up with some strategies or plans to win and level up.

There are many types. Yet, we have mainly four events in the Battle tab.

Participating in events is the easiest way to gain extra credit and points. There are various events in the Battle tab. Here are some pointers about Events that you can use to your advantage:

Creating bands is one of the best ways to play the game with your peers. You can share strategies and battle with multiple friends.

Top 10 beginners’ tricks and tips for this Brawl Stars guide

Now that you are familiar with the game, the goal is to win and level up as fast as possible. So here are top 10 Brawl Stars tips and tricks for beginners.

Remember that you must grab gems in Gem Grab mode, or be aggressive in Brawl Ball. Knowing your objectives will guide you in selecting the suitable Brawler and gain an advantage in the game.

Since every Brawler in the game has his or her Strength and Weaknesses, Speed, Attacking range and Special powers. When you know which brawler to use for the different game modes, it becomes easier to attain your objectives.

For example, El Primo is a dominant wrestler, but he is slow. Whereas, Colt is a long-range shooter with Speed but Weak in health. Knowing the pros and cons of the powers can help you draw good strategy when playing.

Change your movements and don’t stick to a particular style of moving, attacking or dodging. Your enemies will learn your pattern and plan their attacks accordingly.

There are different styles that you can use to keep your enemies confusing. Use different patterns depending on the speed and power of the Brawler you are using.

Every attack can be dodged if you practice this move well.
You have device an oval pattern and turn the other direction.
Use it as a last resort choice.
This is the most challenging way to dodge but also very useful.
Do not use this method if the opponent tap and shoot.
A smart choice is to make your movements random so that enemies cannot known ahead what you do.

Tip 4: Know When to Withdraw

If your Brawler is running low on Health and Attacking bar, rest, recharge and fire back. If you keep fighting when your Brawler is weak, you will be exhausted and take longer to restore. If you notice that your player is weak or damaged, retreat and rest or hide in a bush so that you can make a more powerful comeback sooner.

Tip 5: Keep an eye out for the enemy circle

There is a red and blue circle around your opponent and your Brawler. Each circle indicates the colour of your team. It will show as other Red or Blue circle around your Brawler and the opponent when a special attack is sent to the enemy. When the enemy’s Brawler is preparing to shoot a special attack, a yellow ring will surround the enemy. So, be alert about it to prepare your moves accordingly.

You can also use the circle to threaten your opponent by holding on the special attack and keep on moving to and from so that you can gain area control.

Before you start playing with real players, you can begin practicing with bots which are placed for the same purpose. The option to practice the game with bots will help you understand your Brawlers and prepare you for the different types of attacks that you could face.

When you unlock a new brawler, invest some time with the bots to get the hang of the brawler’s strength and weaknesses. Once you have won with the bots, you will be more prepared and ready to face the real players.

Since the Brawlers will be moving a lot, and you will have to shoot and attack from different directions, practice on aiming the right target so that you do not waste your shots. Practicing accurate shots is especially vital if you use a long range shooter. So if you want to be ahead in your game, learn to maneuver the targeting so that your shots are most effective every time you launch an attack. You can practice accurate shots with bots too before you go to the battlefield.

Tip 8: Never group your team in one area

Arranging your team in the same situation will make you vulnerable to attacks. For example, Throwers have a massive area of damage, so if an enemy’s Thrower attacks one of your Brawlers in a group, it will have a significant impact on your team.

You can avoid being trapped in storms by Mythical Brawlers if your team spread out in different areas and at safe distances from each other.

Tip 9: Be supportive of your teammates

Since majority of the events are completed with your teammates, try to communicate with the team members. So, you can have better strategies and win more battles. Show support to your team members and don’t forget that this is not a single player’s victory. The team as a whole is responsible for each other’s wins and loses. Protect and defend and have each other’s back.

Tip 10: Use obstacles to block attacks

There are plenty of obstacles in the field, and they are there for a reason. Use the rocks and bushes to hide and block shots fired at you. Most Brawlers cannot attack past these obstacles except Lobbers. So, while using barriers to your advantage, you should also make sure you know which type of Brawler your enemy is using too.

BS: Units
December 28, 2018 0
Brawl Stars is a game with over 200 different characters to pick and unlock. Each brawler in...
Read more

BS: Units
December 28, 2018 0
Brawl Stars is a game with over 200 different characters to pick and unlock. Each brawler in...
Read more