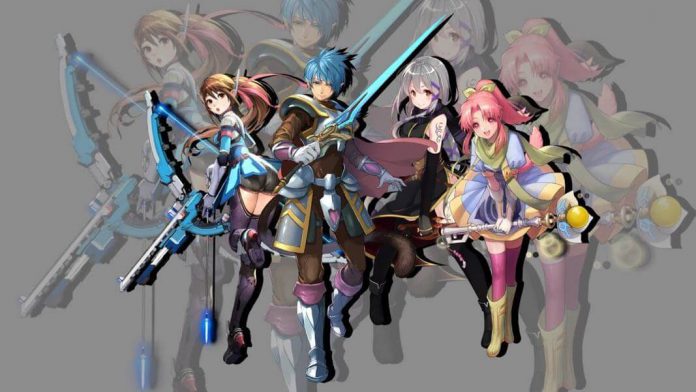 Pretend for a moment that you’re a Roddick main. You’ve raised him to limit break 10, only to now learn that limit break materials are going to be harder to come by due to changes in the monthly shop. You’re loathe to bench him for difficult content.

Word on the street is that you shouldn’t bring Roddick to Blood Valkyrie because of her small hitbox. On the other hand, she’s weak to holy and you’re sitting on 4-10 sword coins due to gem purchases from the summer event. What’s so wrong with bringing a MLB Ace to the fight when he’s rocking a freshly minted L20 Claidheamh Soluis?

Let’s explore the pros and cons of not benching Roddick in this scenario.

Roddick’s damage is not the real problem

First, let’s get the main misconception out of the way. Roddick’s problem is not that he does trash tier damage when forced to use Double Slash instead of 7-hit shotgun and 3-hit dragon. Fidel has a lead on him due to a built-in +40% ATK/all buff (10% more ATK), but that is not a make or break difference. It’s also important to remember that stat modifying self-buffs like Roddick’s 30% ATK/self stack with team buffs, which will actually put his DPS contribution above Fidel’s provided that he is receiving an +ATK buff from another outside source. (S.Reimi, Fidel himself, etc.)

This is perfectly respectable damage, even moreso if you’re bringing an on-element weapon, and by itself is no reason to bench Roddick in favor of other ace sword users like Fidel and S.Reimi. What’s the deal then?

Roddick brings some great DPS to the table in ideal circumstances (max hit Shotgun/Roar), but his primary job is to cause element burst to happen more frequently and maximize its duration. Aside from cast time reduction on Symbology, the only buff he provides to the party is a hefty +40% stun contribution. His “selfish” post-rush buff usually redeems itself by letting him keep an element burst stun going indefinitely with minimal outside assistance. Provided that attacks aren’t launching the boss into orbit, this allows the team to get a massive DPS and rush gauge lead before the boss automatically breaks out of it.

Unfortunately, Double Slash really isn’t cut out for anchoring work. Shotgun Volt and Dragon’s Roar contribute minimal knockback, which makes them fantastic to spam when paired with the -40% rush gain. Double Slash spam on the other hand will constantly bounce the enemy into the air. Larger bosses that have a huge hitbox will offset this, but it presents a much greater problem against narrow targets that other melee characters are also trying to hit. The end result is that your DPS spam actively interferes with the DPS spam of other melee characters.

In short, Roddick is not only denied his optimal DPS attacks, but he’s also greatly inhibited from his role of locking down the boss during element burst. Element burst becomes a fight over who is spiking the beach ball, and unlike Summer Sophia this bouncing isn’t as interesting for the rest of the party to watch. (Wait, what were we talking about again?)

Won’t Fidel bounce the boss around too? He has Double Slash and -60% AP post-rush!

Totally, especially when we consider that Double Slash is a staple of all his combos.

The main difference is that Fidel brings +40% party ATK instead of +40% stun. The +40% stun remains useful, but your individual stunlock contribution drops from “godlike” to “good”. In this scenario the Sharpshooters are more consistently holding the stun than Roddick, and those Sharpshooters would be doing more damage with Fidel. On the other hand, they wouldn’t be getting stuns as frequently either. You could make a case for either, really.

All of this of course assumes that you’re not bringing a duplicate character, and that your choice to play Roddick resulted in the party receiving one less stackable buff. Playing your MLB Roddick is obviously a greater contribution than playing a second Fidel.

What’s the final verdict then? Is Roddick useless for these fights?

No, just less optimal. Your buffs aren’t as strongly aligned with the kit that you’re bringing to the fight, but your damage contribution is fine. I would still bring a LB10 Roddick to the Misery 2 battles over a LB0 Fidel. You’re far less fragile, and your LB10 helps to offset the damage you’re losing out on from buffing yourself instead of the rest of the rest of the party.

The flip side of this should also be considered by anyone who is running a multiplayer lobby. LB10 Roddick is most certainly not kick material on his own merit and is far less likely to die than subbing him for a LB0. An ideal party composition might exclude him. He’s not bad, he’s just not as good as usual.

Use Misery 1 to experiment with whether you want to run Roddick or a different character. The M1 fight is really easy, and it’s a good opportunity to see how Roddick’s playstyle changes when you need to swap attacks out. There may be better characters that you can bring to a specific fight, but it’s not the end of the world if your account got a later start than everyone else and you’re deeply invested in him.

Assuming that the M2 boss is easier than the ones from the summer events (note: speculation based on JP event order and I’m not a JP player), Roddick probably won’t even make or break a team. Either way, it’s better to start learning these nuances now before the more difficult content arrives.