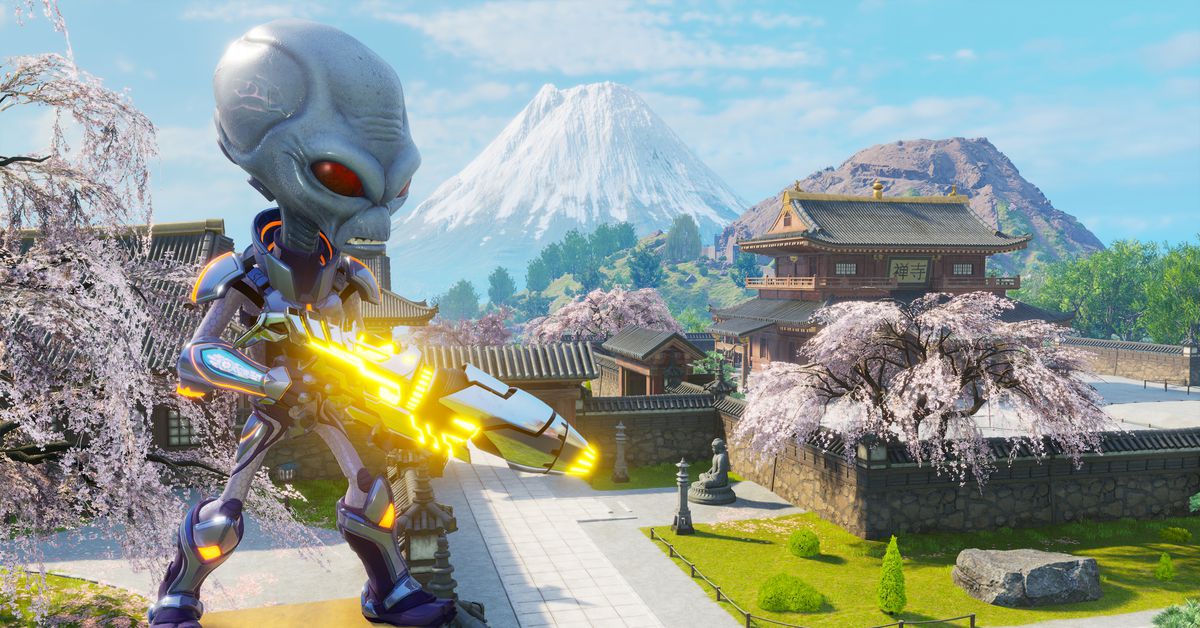 THQ Nordic is reviving Destroy All Humans! 2 with a full remake of the 2006 game. Titled Destroy All Humans! 2 – Reprobed — this is the publisher who released Kingdoms of Amalur Re-Reckoning and Darksiders: Warmastered Edition, after all — the remake is being developed for PlayStation 5, Windows PC, and Xbox Series X for a 2022 release.

Developer Black Forest Games promises local two-player split-screen co-op, and new and improved features, in its built-from-scratch remake of Destroy All Humans! 2. The Reprobed version, unlike its 2020 predecessor, does not appear to be bound for last-generation consoles.

The second game in the Destroy All Humans! franchise takes place in 1969, and sends protagonist Crypto on a revenge mission to new locations: Bay City, Albion, Takoshima, Tunguska, and Solaris, a Soviet base set up on Earth’s Moon.

The original Destroy All Humans! 2 was developed by Pandemic Studios, published by the former THQ, and released on PlayStation 2 and Xbox.