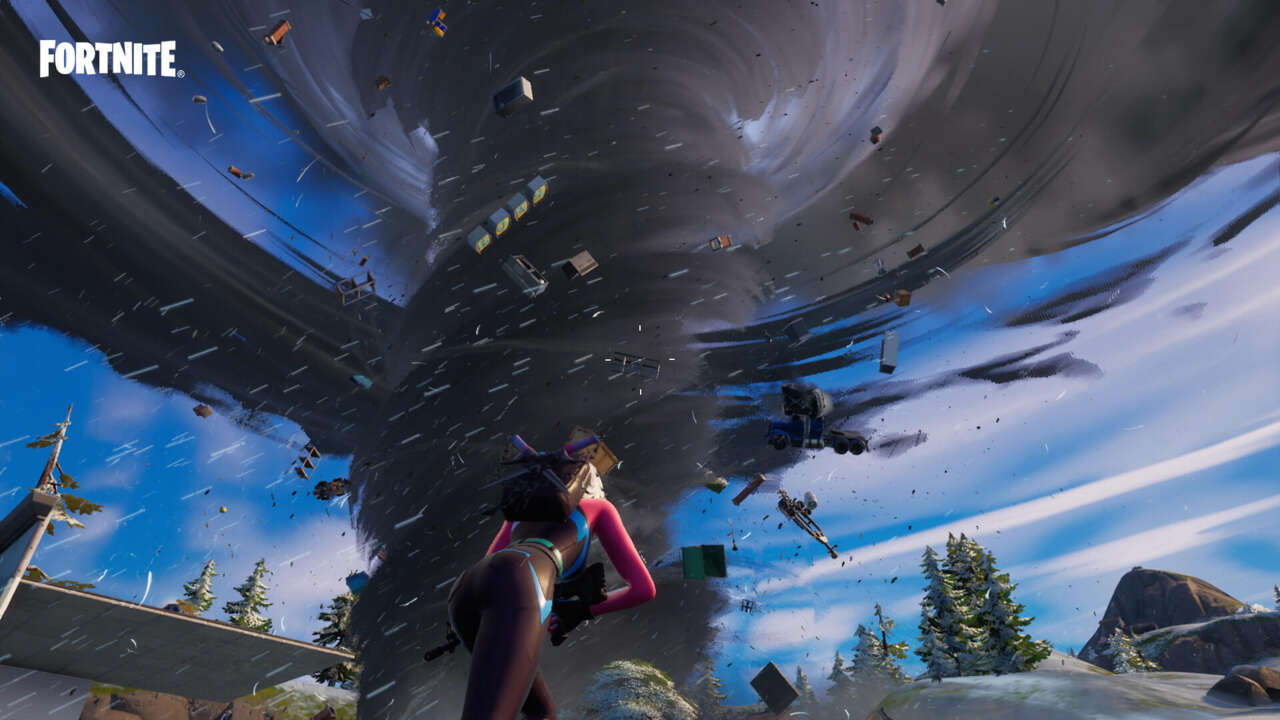 The Fortnite 19.01 January 11 patch will finally bring stormy weather to the battle royale, over a month after it was first teased in the Chapter 3 trailer.

Tornadoes and lightning storms will begin to spawn on the island with this week’s update, with each weather type having its own perks. Getting struck by a dark cloud’s lightning bolt, for example, does deal light damage (and sets the surrounding area on fire), but also provides a quick speed boost for the player.

Epic Games’ official blog post for the update also mentions that players can increase their chances of getting struck by lightning by jumping into water or climbing to the highest point under a thundercloud.

Tornadoes, meanwhile, will pick up players and launch them skyward, allowing them to glide to safety without taking any damage. Epic has also announced a Tornado Week, running from now until January 17 at 6 AM PT / 9 AM ET, where tornadoes will spawn more frequently than usual.

Finally, the 19.01 January 11 hotfix will also unvault the Flare Gun, giving players another fiery offensive option outside of the Firefly Jar. The Flare Gun can set an area on fire when fired directly, or it can briefly ping enemies in the area when fired into the sky, giving it multifaceted usefulness. The Flare Gun will appear as floor loot, in chests, and in supply drops.

We’re expecting more big changes to come to Fortnite before the end of the season, including the return of Tilted Towers near the center of the map. If you’re still working on the weekly challenges from last week, check out where to find Timber Pines and complete the task before the tornadoes come and knock them all down for you.