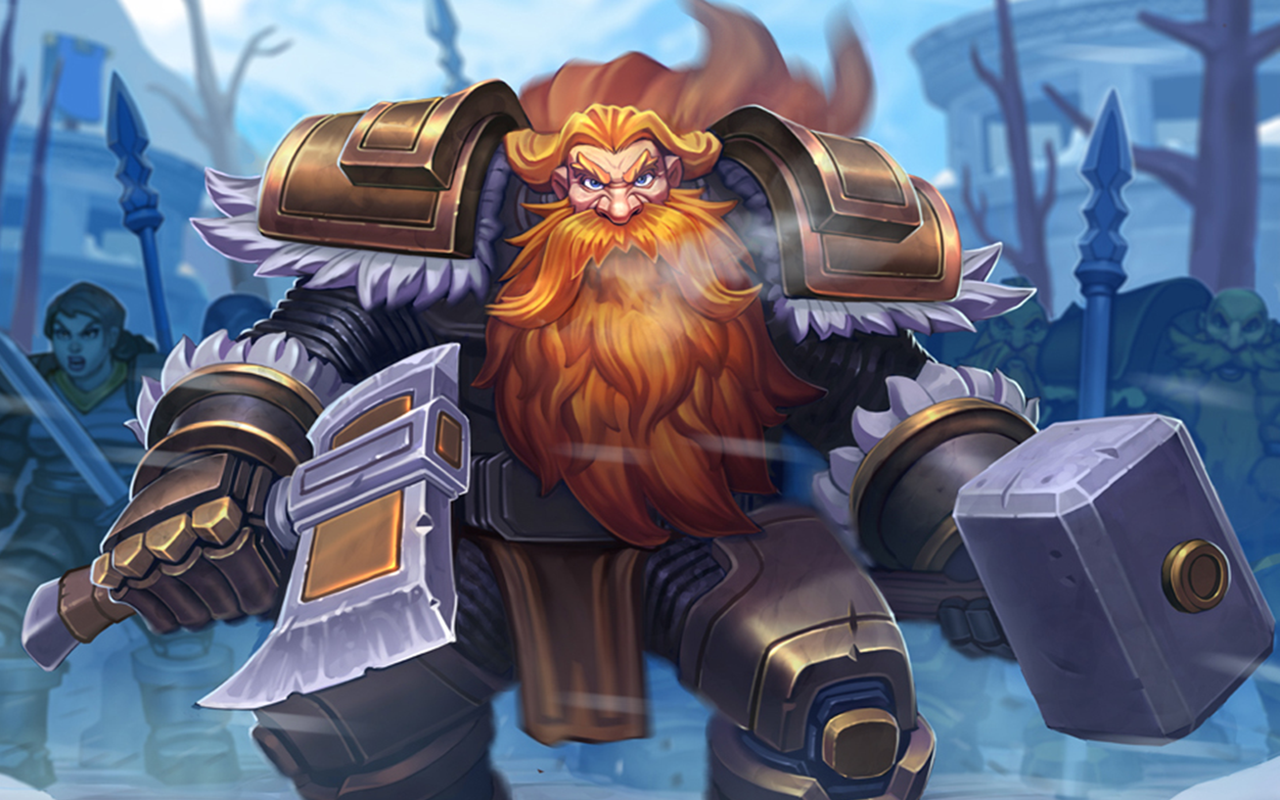 Hearthstone’s next expansion will finally bring about the Alliance vs Horde conflict that it’s been teasing throughout the year. Titled Fractured in Alterac Valley, the new expansion will add another 135 cards, new game mechanics, and the conclusion of the story arc for its new mercenary characters. It launches on December 7.

To start, players will help steer the conflict before the expansion launches. Starting today you can choose to align yourself with Alliance or Horde by choosing one of two free Golden Legendary cards: the Frostwolf Elder Shaman Drek’Thar for the Horde or Mountain King Vanndar Stormpike for the Alliance. Your faction leader will determine which side you fight for while completing unique quests, from the time the expansion launches through January 11. Those quests will build up your side’s Honor points, and then all players will get a Diamond version of the winning faction’s leader card.

The expansion will also bring new Hero Cards, this time representing the new mercenary heroes that have been introduced this year. Their stories have been told through events throughout the year, and these new cards are meant to show them reaching the apex of their abilities.

Finally, the expansion will introduce a new keyword, called Honorable Kill. The keyword grants you unique bonuses for dealing exact lethal to an enemy minion. Those bonuses include things like reducing the cost of your spells or gaining +1 in stats for delivering an Honorable Kill.

As always, Blizzard plans to unveil the full set of cards over the next few weeks leading up to the expansion launch. The pre-purchase bundle includes 60 Alterac Valley packs, two random Legendary cards, and a Vanndar card back. You can also pre-purchase a Mega Bundle that includes 80 Alterac Valley packs, five golden packs, two random Golden Legendary cards, a Vanndar Warrior hero and card back, five Mercenary packs, and a Legendary Mercenary card. Check out the cards that have been revealed so far below.

Destiny 2
December 1, 2021 0
If you've been wishing you could irritate Fireteam members and opponents alike in Destiny 2 with the Cat Ear Dance, good news!
Read more

Destiny 2
December 1, 2021 0
One of Destiny 2's biggest villains (literally--he was huge) is all over Bungie's latest lore anthology. Could the return of Oryx be ahead of us?
Read more