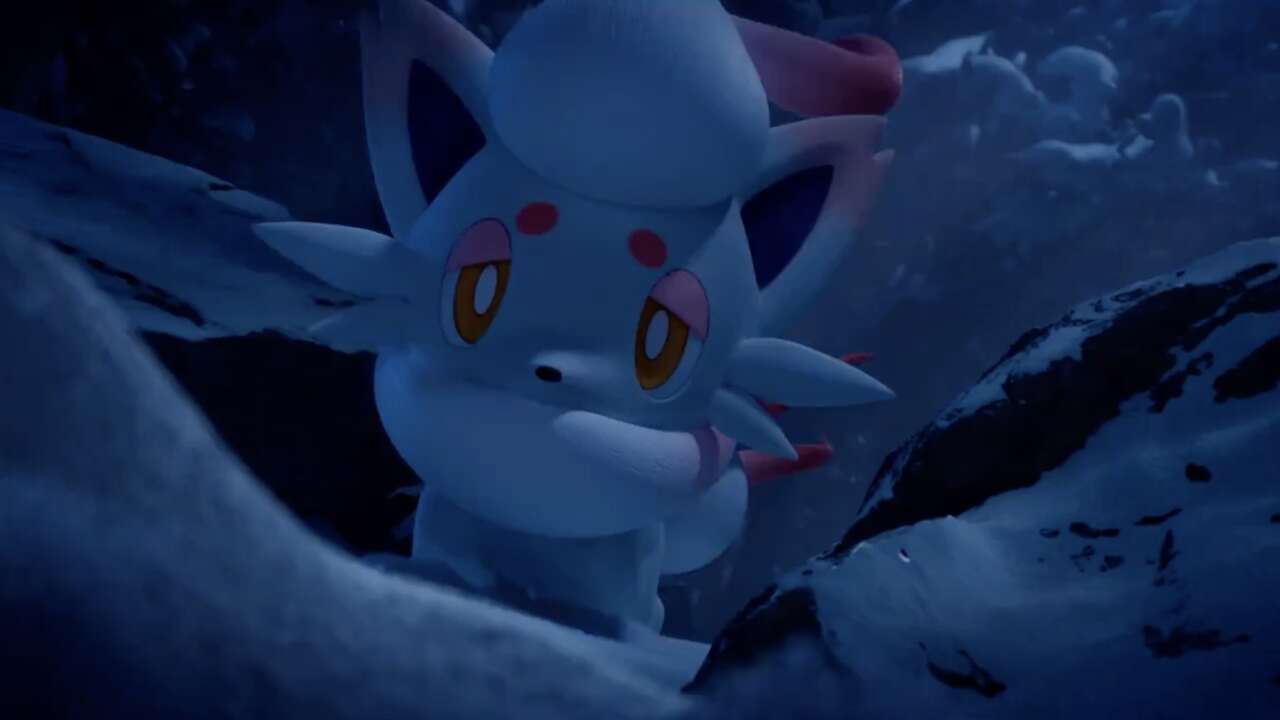 The marketing for the upcoming open-world Pokemon Legends: Arceus took a dark turn the other day, with the release of a grainy, distorted found footage-style video showing a researcher having a dangerous encounter with an unknown “adorable” Pokemon. Now, the fully restored video has been released, showing that the Pokemon in question was a new Hisui form Zorua, who was being protected by its evolution, Hisuian Zoroark.

Hisuian Zorua and its evolution join two other Hisui variants that had already been announced, a softer, fluffier version of Growlithe, and a Psychic-type variant of Braviary, as well as two Hisui-exclusive evolutions of existing Pokemon. The Hisuan variants of Zorua and Zoroark are dual Normal and Ghost-type Pokemon, perhaps explaining the spooky horror stylings of their introduction video.

The restored footage gives a good look at both Pokemon, which are predominantly white and quite fluffy, with red tips on multiple floaty tendrils or tails. The restored footage also makes it less likely that Nintendo just showed a Pokemon killing a man, as you can hear what sounds like the researcher scrambling away from his dropped camera in fear.

“Hisuian Zoroark seems scary… but it also appears to be protective of Hisuian Zorua,” the official video description reads. “What else can we uncover about these Pokémon?”

Pokemon Legends: Arceus is a more open-world take on the Pokemon franchise, eschewing many of the elements of a traditional Pokemon game to focus more on exploring the world. While the game has been compared to the Zelda series’ Breath of the Wild, The Pokemon Company has stated that the game will not be entirely open. Pokemon Legends: Arceus is currently due to release on January 28, 2022 on the Nintendo Switch.

Call of Duty: Warzone
December 6, 2021 0
Warzone's final event kicks has been pushed back from its original November 30 date; here is what we know so far about Last Hours of Verdansk.
Read more

Games
December 6, 2021 0
The highly-anticipated film will be in theaters and on HBO Max on December 22.
Read more

Games
December 6, 2021 0
This week Peter Parker can try on two new suits inspired by No Way Home in the PS5 version of Spider-Man.
Read more