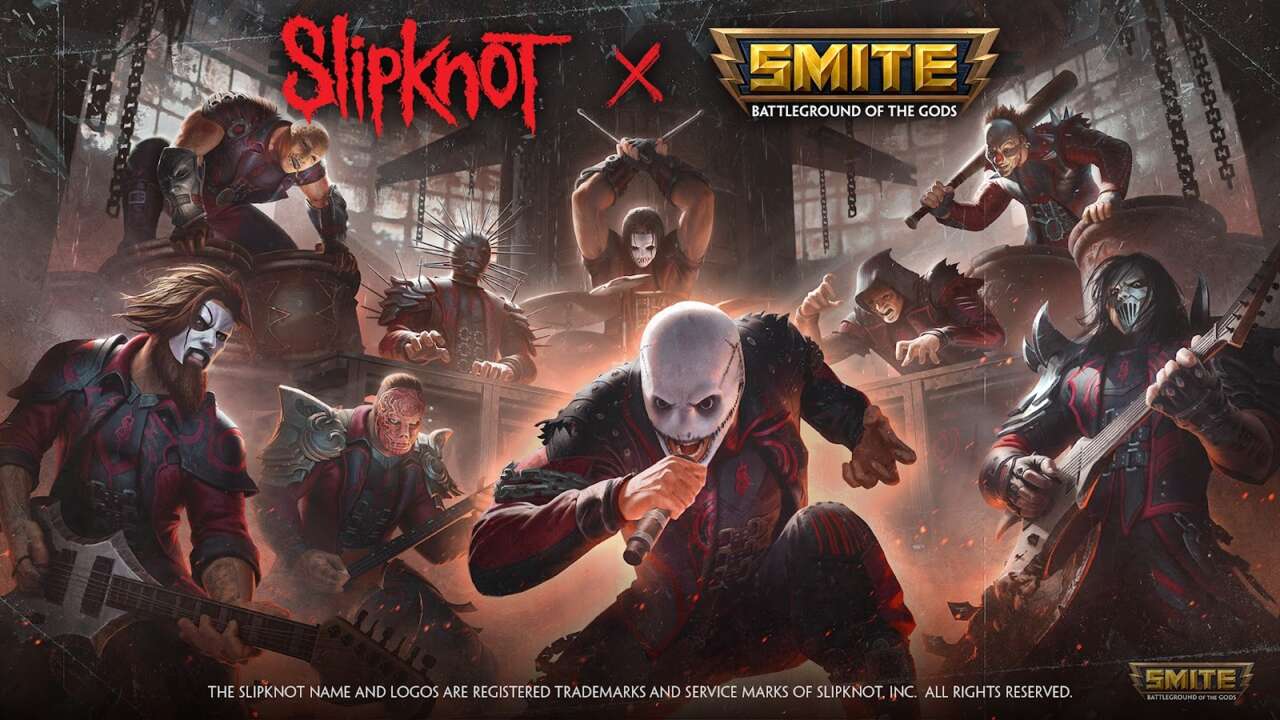 Smite, a free-to-play MOBA, has revealed what might be its most bizarre crossover so far, revealing that all nine current Slipknot members are joining the game.

Smite X Slipknot is set to be available this month and Smite has announced that its update 9.5 show will take place on Twitch on May 11 at 12 PM PT / 3 PM ET. The show should provide more details about when Slipknot will be coming to the game and how much all of the Slipknot items might cost. Smite has previously done crossovers with other properties, like Transformers, Stranger Things, and Teenage Mutant Ninja Turtles. Smite’s previous crossovers have come in the form of battle pass skins, but the Slipknot event has not been officially confirmed to be a battle pass. The current Smite battle pass is set to end May 17.

Iron Banter: This Week In Destiny 2 – I Cannot Wait To Buy This Stupid-Huge Gjallarhorn Nerf Gun

Cloud Gaming hub
July 1, 2022 0
It's finally time to order the Nerf Gjallarhorn, a ludicrous item that I definitely do not have room for in my life.
Read more

From Software 30 FPS Stutter Finally Fixed, But Only On Hacked PS4s

Bloodborne
July 1, 2022 0
This simple fix works, but at a surprising cost in another area of performance.
Read more

Apex Legends
July 1, 2022 0
We spoke with Respawn to talk about how the Apex Legends narrative team creates such believable characters.
Read more

Nintendo Switch’s Demos Are Miles Ahead Of PlayStation and Xbox

Games
July 1, 2022 0
Nintendo might be lacking in some areas, but the Nintendo Switch's demo offerings is not one of them.
Read more