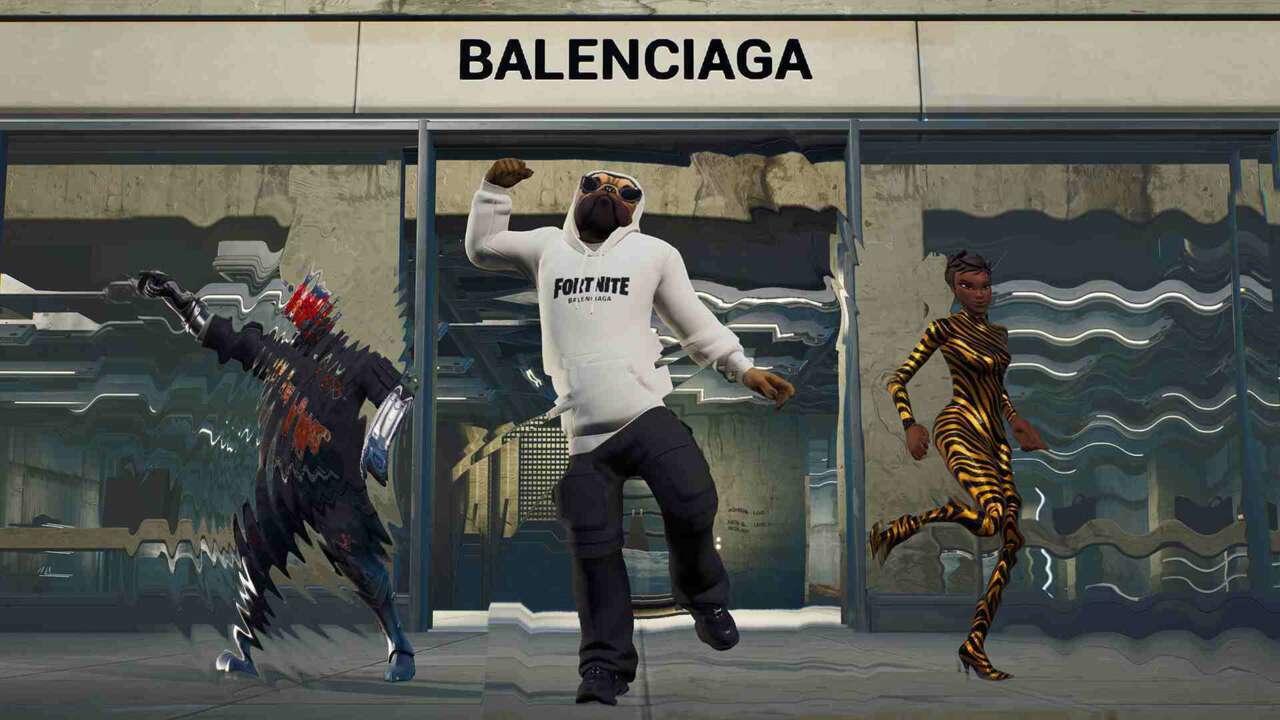 Fortnite and Balenciaga–the fashion label that dressed Rihanna at the Met Gala–are teaming up to release in-game digital apparel and a corresponding real-life collection as well. The Fortnite x Balenciaga collaboration arrives in-game on September 20 at 5 PM PT / 8 PM ET.

The digital looks are inspired by “authentic archival looks” from Balenciaga and consist of four outfits. Other accessories like pickaxes in sneaker shapes, gliders, wraps, emotes, and free sprays will also be available.

In Fortnite, there will also be a Strange Times Featured Hub created by community members that hosts a virtual Balenciaga store modeled after real ones. The hub will be live from September 21 to September 28. You can pick up collab items from this “storefront,” or the usual in-game store for–as of this time–an unknown amount. Prices have not been revealed yet.

In the collab’s real-life counterpart, you can get the merch at the Balenciaga online store right now. Purchasing the real-life merch will automatically get you the in-game equivalent, but be prepared to spend $725 for a Fortnite branded white hoodie and $2,050 for a “gamer shirt.”

Over at the Unreal Engine blog, Epic Games revealed the process behind creating the collab items. The Fortnite teams had access to 3D scans of Balenciaga’s clothing and used Triple S Sneakers’ CAD info to recreate the in-game equivalent. According to Balenciaga’s creative director Demna Gvasali, the fashion brand’s collaboration with Epic Games started with Balenciaga’s own game built on Unreal Engine called Afterworld, made for the Fall 2021 collection.