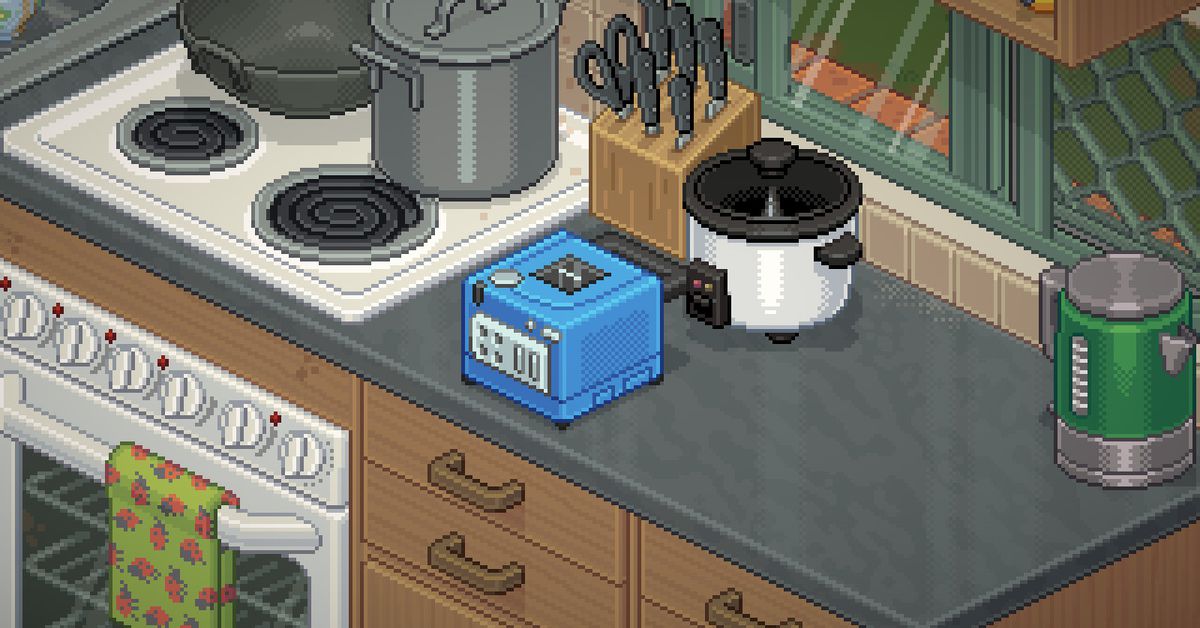 Some younger fans of the recently released puzzle game Unpacking are having trouble with a level, and it’s not because they’re bad at the game or the level has a particularly tricky solution. It’s because some of these fans don’t know what a GameCube is.

Unpacking is a new game from Witch Beam where you unpack and arrange items in your new home. The game is a relaxing spin on moving, and has you rotating, arranging, and then rearranging objects as you find suitable spots for everything within a limited space. At the end of the level, if you place something where it doesn’t technically belong — like putting a plate under your bed pillow or throwing everything on the ground — the game won’t allow you to progress to the next section.

The game is meticulously crafted — there are 14,000 audio files just for picking stuff up and setting them down — and has every household item under the sun, from bottle openers to erasers. And that’s where the GameCube comes in. While players can try to arrange unpacked items in a variety of places, there are specific areas where an item can officially be set. And the GameCube has proven a major stumbling block, for some players.

“We have gotten so many messages asking what it was!” Unpacking creative director Wren Brier told Polygon via email. “Very often the screenshot they send us has the console in the kitchen as they thought it was an appliance of some kind.”

Many players have tweeted at the official Unpacking Twitter account asking what to do with the GameCube. As a joke, Twitter user Sanatana Mishra rounded up a few screenshots of people asking about the console, and said, “Remember all those memes about things that make you feel old and decrepit? Enjoy these tweets.”

Remember all those memes about things that make you feel old and decrepit? Enjoy these tweets.

Unpacking is initially set in 1997 and continues through the early 2000s. Brier said that the team decided to set the game in that time period because it was what the developers knew best since they lived through it themselves. “The main character’s age is right in the middle between my age and my co-creator Tim Dawson’s age,” Brier said.

For some on Twitter, responses to the GameCube in Unpacking also came with the rude awakening that the console came out nearly twenty years ago. So while it may seem silly to some folks, not immediately recognizing a GameCube makes a lot of sense. It’s an old console now, and I don’t even want to imagine how many people don’t recognize a Nintendo 64.

Android
January 22, 2022 0
Jinx is no longer the only League of Legends Champion on the island.
Read more

Games
January 22, 2022 0
The change is coming in Season 2, which begins later this year.
Read more

Iron Banter: This Week In Destiny 2 – Readying For Raid Day And A Merciful Respite From Blue Engrams

Apex Legends Season 12 Character May Be Mad Maggie – But Who Is She?