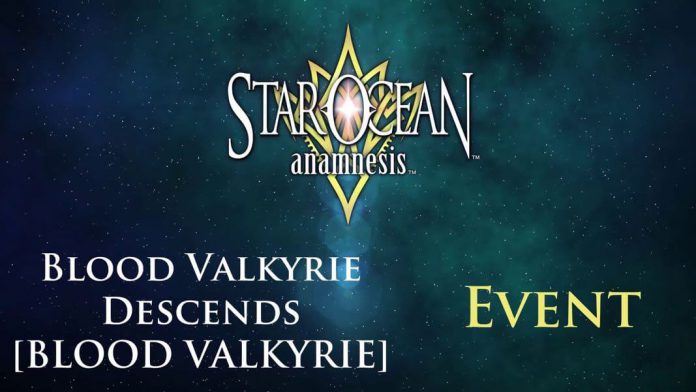 Guide for the upcoming Blood Valkyrie Descends [BLOOD VALKYRIE], since it was announced!

** These are the Japanese (translated) names. EN names will be added as Blood Valkyrie is released.

Blood Valkyrie is a dps race at a less-than-ideal time for it. She has an HP regen mode, a weakness that so far only swords, healers and shitty 4 star invokers can cover and on top of that she’s high mobility and high damage. This means you want characters that can output high dps such as Silmeria, Summer Reimi, Summer Miki, Myuria, Summer Myuria. Good support choices include Maria (Crit), Daril (AP Redux), Nel (AP Redux/Crit), Clair (DMG), Summer Reimi (ATK), Fidel (ATK) and Summer Sophia (INT/AP Battery). Anti-flinch doesn’t mean much here, so I’d avoid defenders like Viktor or Stephen that bring no damage.

Unfortunately, while Silence is a frequent proc it doesn’t seem to actually do anything to Blood Valkyrie; consider Lennethfor her ATK buff only. Faize can be a boon if his Curse procs, but don’t expect it to. Roddick is not recommended; much of his damage and stun potential is hamstrung due to Blood Valkyrie’s small hitbox.

At first Blood Valkyrie uses Deep Impact and Tri Slicer, making her only dangerous to melee. This quickly changes on her first Boosted, where she will begin using Spiral Pierce and threatening everyone on the battlefield. Spiral Pierce has an obvious tell, but it comes out fast; if she is facing you and stopped, be ready to dodge immediately.

Fortunately, Spiral Pierce is her only ranged attack. This makes her a rather predictable opponent and one that is kited around with relative ease. Use this weakness to keep her dangerous attacks focused on a small area while your team blows her up.

Blood Coffin is her signature attack. The single version is easy enough to dodge, but when her HP gets low she will start spawning them alongside other dangerous attacks like Spiral Pierce and Glaive Impale. Stay between the red lines and keep your eyes on Blood Valkyrie to avoid any follow up Pierces that may be coming your way. Do not attempt to go inside the circle to dodge it, despite how it looks you’ll be damaged by every one of the coffins when they launch.

Run out the timer, and she will use Last Boosted. After this, she spams Valhalla Call. With an 8 second startup, you’d better burn her fast. Keep scattered and prepare to dodge the moment you see her sword raise (or on the eighth second if your visibility is compromised). You’ll have 8 more seconds of free dps time between each Valhalla Call, so make them count.